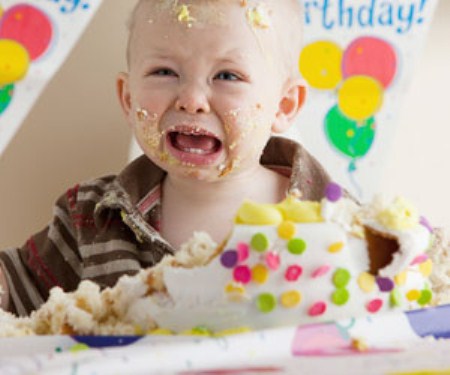 Parenting comes with many titles. I think one of the harder ones is the title of ‘party planner’. My son turns 2 on the 17th of this month and we held his 2nd birthday party this weekend. I’ve been hearing all week how he’s only 2, he won’t know. I agree with that, he doesn’t know his birthday is coming up, but I do.  After the events of this weekend I’ve fully decided that birthday parties before school ages are pretty much for the adults. It was for me and frankly I’m okay with that! I, personally, had a blast watching his face light up while he opened his gifts, ate his cake and hit the piñata. He had several melt downs and I found myself often saying “let him have it”, as in “let him have another piece of cake” or “let him have another chip” all followed by “as long as he stops screaming!”  Why any parent would want to take an un-napped child and mix them with 1 part chips, 1 part strangers wanting to hug and kiss them and 2 parts cake is crazy to me! But alas, I’ve done it, twice now!

As far as parenting goes, we do some crazy things! We slave over hot stoves, making party food, bake for hours, perfecting the cake; we obsess over what gifts to buy only to have the pieces lost. We are parents though! My baby had the best birthday ever, enjoyed every minute of it, all because I was that crazy parent. I’m proud to say that I’ve given my kid too much ice cream, bought him gifts I said I’d never buy and let him skip a nap all to enjoy the perfect terrible two birthday party! Anyone else with me?