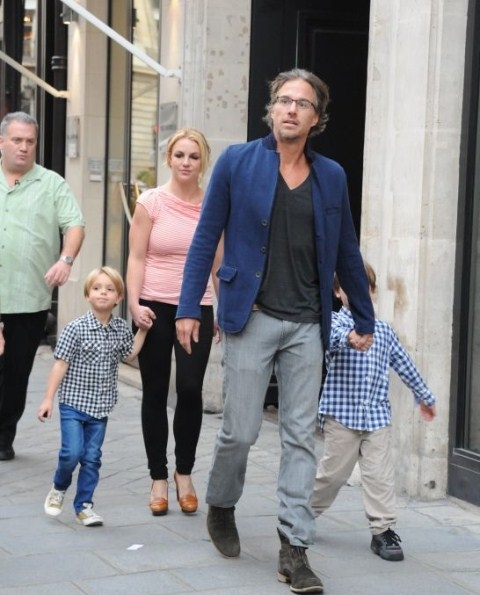 Britney Spears took time off from her busy Femme Fatale tour to spend some quality time with her two boys, Sean Preston and Jayden James on Tuesday in Paris, France. They were accompanied by Spears boyfriend Jason Trawick and scary looking bodyguards. The boys both wore matching plaid shirts as they walked hand in hand with Spears and Trawick.

Spears recently revealed that she threw her two sons a Spider-Man and Batman theme party for their six and five year birthdays.

“They’re so obsessed. We had four Spider-Man costumes. All the kids at the party had on costumes. I hadn’t dressed up at all!”

The Photos That Show Jennifer Aniston Is Pregnant!