Paul Bettany: Having Young Children “Scare The S**t” Out Of You 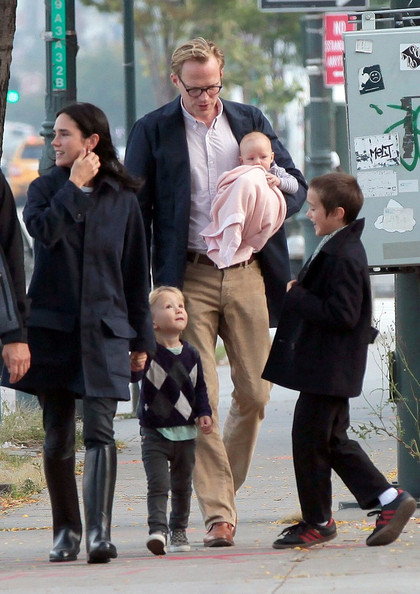 Paul Bettany loves being a father but admits he is always nervous about the early years of his kids’ lives.

He said: “I have a very small baby. Kids are great, great – but the first three years they just scare the s**t out of you.”

Paul who has been married to Jennifer Connelly for eight years also admits he finds it “heartbreaking” when work means he has to be separated from his family for lengthy periods of time.

“It’s so weird, so difficult and occasionally heartbreaking. I have a rule that we’ll never go more than two weeks without seeing each other.”

The 40-year-old star also admitted he understands why people are fascinated by his marriage because it has lasted such a long time compared with other Hollywood unions.

He said: “The thing is, we’ve been married for eight years, which is like 50 years in Hollywood years. So I suppose it suddenly becomes really intriguing – ‘How do they do it?’ “

Paul Bettany: “Agnes Is So Lovely”