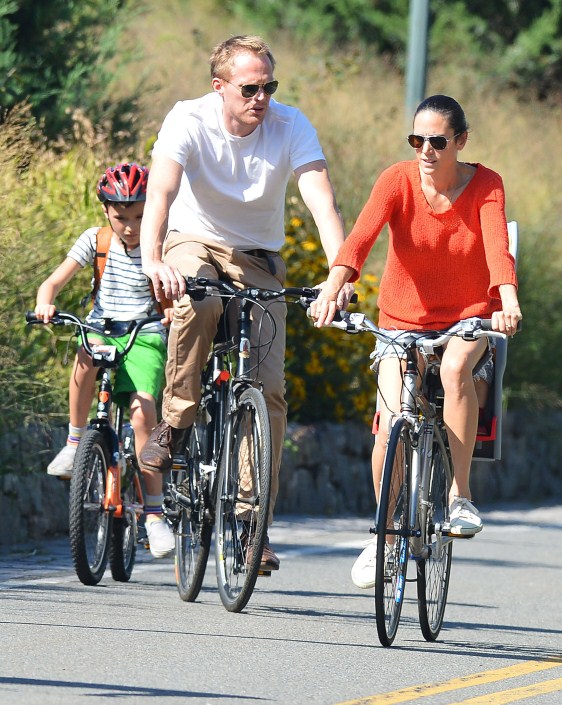 Jennifer Connelly and husband Paul Bettany took their two children Stellan and Agnes for a bike ride around New York City on Wednesday.

Their nine-year-old son Stellan wore a green shorts and a striped top with a safety helmet as he rode behind his parents.  Connelly  wore a bright orange sweater with cut-off shorts as she rode with an attached chair that held fifteen-month-old Agnes.

Connelly will be making an appearance at the upcoming Toronto Film Festival to promote her new film Writers. The actress plays a wife and mother who decides to leave her novelist husband for a younger man, sending her family into turmoil. Kristen Bell, Lily Collins, Greg Kinnear and Logan Lerman star alongside Connelly.

CBL Giveaway: ‘Singalongz’ Huggable Soft Plush Friend That Sings Along With You

Camila Alves Brunches With Her Tots

Paul Bettany: “Agnes Is So Lovely”