Is Jennifer Aniston Pregnant With Twins? 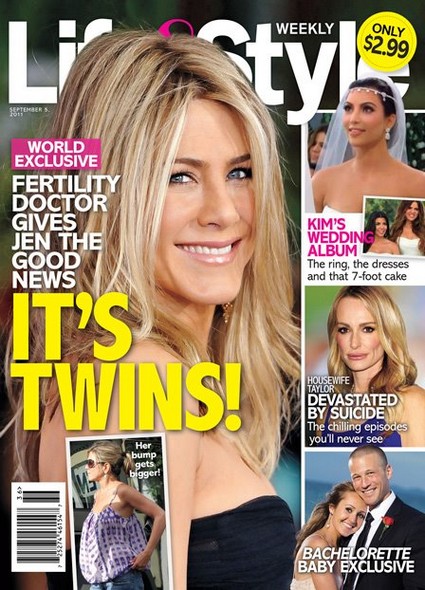 The September 5th, 2011 issue of Life & Style magazine has decided that Jennifer Aniston is having not one baby but two.  They claim they have a world exclusive and blazoned across the cover ‘Fertility Doctor Gives Jen The good News – It’s Twins, Her Bump gets bigger!’

Poor Jennifer since she is 42 years old the magazine has decided she must have a baby.  Now that she has been dating Justin Theroux since May 2011 the next logical assumption is she is having a baby of course.  I think this story is problem pure speculation since Jennifer pregnancy speculation has been on every cover of every magazine at least 100 times in the past couple of years.  Funny thing is she has no children!  What do you think fact or fiction?  Is this just the magazine’s cheap attempt at selling more magazines?

No Children For Simon Cowell