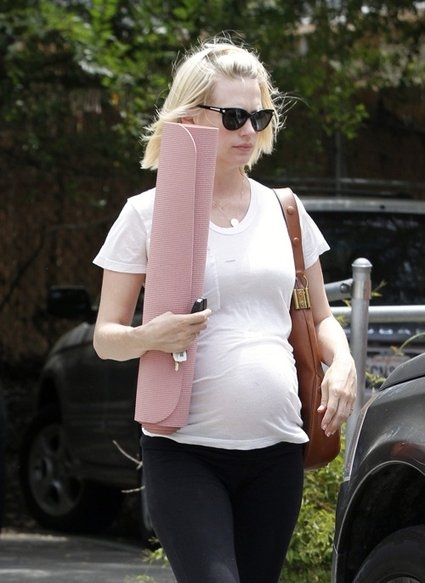 Although being pregnant gives women the chance to indulge in their favorite foods and gain a few extra pounds, it doesn’t stop January Jones from getting a solid workout in. The Mad Men star was seen walking from a yoga class in Los Feliz, California.

Even the Executive Producer of Mad Men, Matt Weiner, agrees that Jones is looking fab with her baby bump.

“She’s so cute! She looks great. She looks so great!” he said.

Weiner has been deliberating on what to do with Jones’ character “Betty” – but he has no plans on sharing it with the public.

“I’m not going to say what I’m going to do, but I am going to have to do something! It was two choices really: Either I hide it or I’m gonna go with it. I made a decision. She told me before the world knew, so I had some time to think about it,” he said.