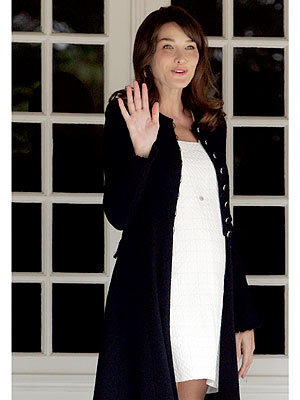 France’s first lady Carla Bruni-Sarkozy, 43, has made it official.  She told the newspaper Nice-Matin that her condition is “coming happiness, unexpected and unhoped for.”

Although people have speculated she is having a boy, Carla has said she has no idea what sex the child is:  “”That, I don’t even know myself. There are certain things which one should keep secret.”