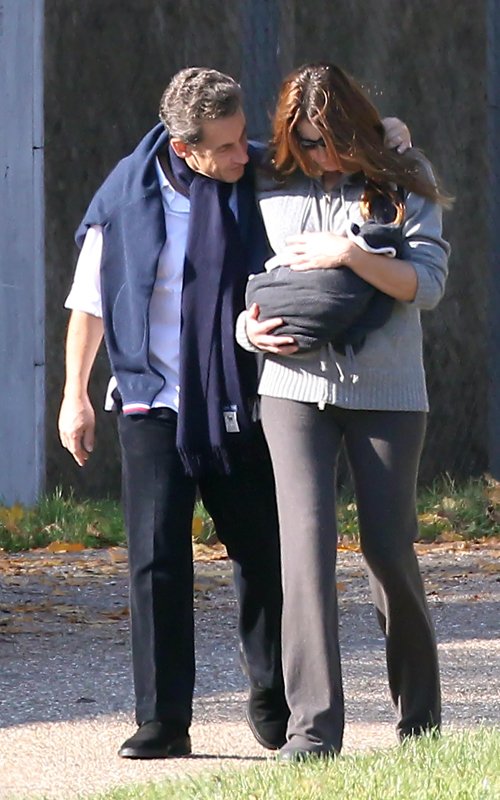 “Carla is feeding the baby. I think it’s much better for protecting against allergies and illnesses,”  Sarkozy said while chatting to young mothers at a family benefits agency in south west France.

Sarkozy admits men get off easy when it comes to feeding their newborn children.

“It does free men of blame because we don’t have the problem of bottle-feeding. You don’t have to get up at night, although out of solidarity, I do open one eye.”

“But for the woman, it’s both a joy and a kind of slavery. She is worried about not having enough milk.”

Nicolas,  has three children – two sons, Pierre, 25, and Jean, 23 from his first marriage to Marie-Dominique Culioli, and a 13-year-old son Louis from his second marriage to Cecilia Ciganer-Albeniz.