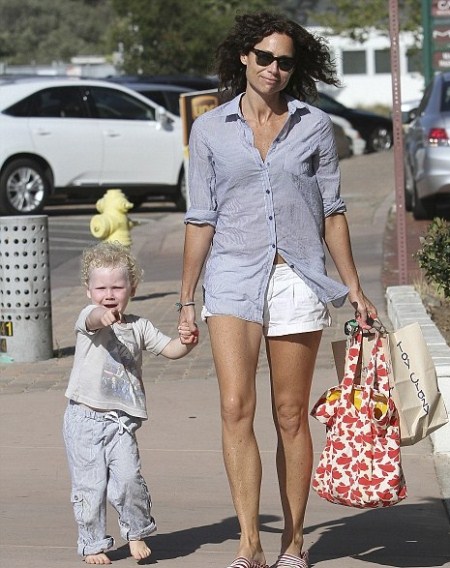 Minnie Driver was seen enjoying a fun day in Malibu with her son, Henry. They hit a toy story and picked up a gift for Henry! After, they went to a local park with a friend.  Driver pushed Henry in a swing and watched him climb on a structure.

Minnie is a single mother and has never revealed the name of Henry’s father.  She has said, “‘He’s English and in the same sort of business, and he lives in California. Everybody is cool with the situation.” 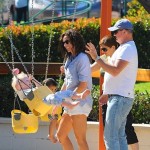