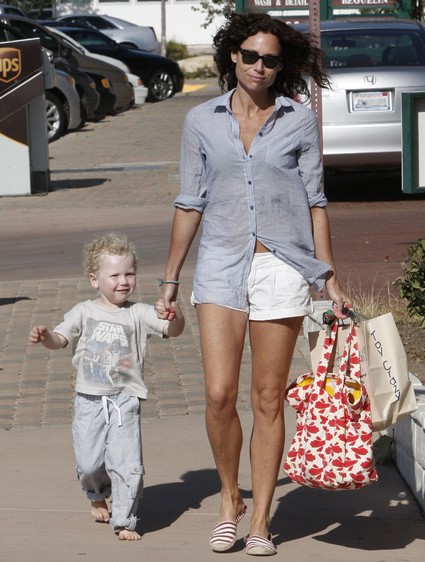 After keeping mum for three years Minnie Driver, 42, has decided to come clean and reveal who the father is of her three-year-old son Henry.  Her son’s father was a writer on the cancelled FX TV series The Riches.

She said: “We weren’t together, and he wasn’t directly in the business, so I chose to protect him and not have a rain of publicity.” Then she added, “I don’t need to protect him anymore. He can fend for himself. He’s a grown-up.”

Minnie went on to reveal why she had not revealed his name sooner: “I was making a film at the time, and the paparazzi would shout, ‘Who’s the sperm donor?’ at me. He’s not famous. There’s no big story.”

She still has not revealed the daddy’s name but has said he is not hugely involved in Henry’s life but it is getting better.  She also said she could not be a single mother again it is too difficult.   If there is a next time round she needs a partner.

Drew Barrymore Spotted With Sonogram Is She Pregnant? (Photo)

Halle Berry Limps To School With Her Cutie