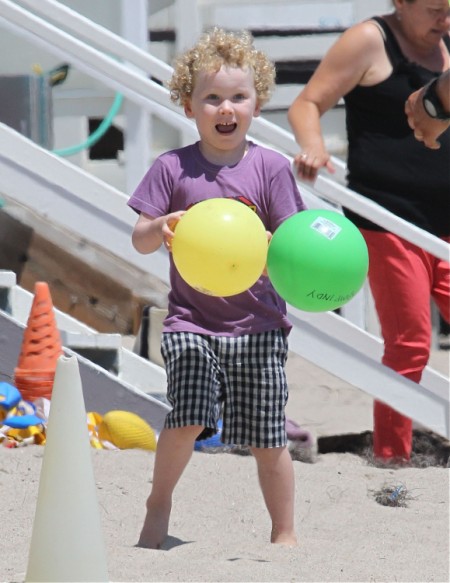 Web Therapy actress Minnie Driver and her son Henry Driver enjoyed a day at the beach with Kathleen Robertson and her son William Cowles in Malibu over the weekend. It wasn’t just any ordinary day for Henry though. Minnie’s son celebrated his fourth birthday among balloons and friends.

Henry’s father, producer Timothy Jonathan Lea, was not present at the little party. It was just earlier this year that Minnie revealed his identity. The Daily Mail reports that Minnie is coping well with single motherhood and is now dating 31-year-old model, Matthew Felkner. “I had good friends around me, so it was sort of hilarious. Henry’s dad and I probably wouldn’t have any more together, but I would love to have more. But I couldn’t do another one without a partner; I couldn’t do two as a single mum, I really couldn’t. It would be too much.”

Maybe she won’t have to! But she’s doing a great job. Henry obviously had a blast on his big day!