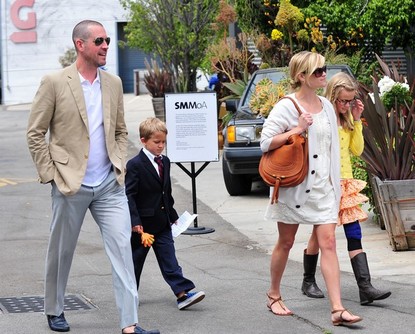 Reese Witherspoon is reportedly hoping to have a third child, this one with Jim Toth.   According to In Touch Weekly, the Legally Blonde star was seen shopping for a maternity dress while on her honeymoon with Jim Toth and her children.  A friend of the couple said:

“Reese bought a hand-woven brightly-colored cotton maternity dress at a local market.  She’s hoping to have a baby with Jim soon and wanted a dress from Belize to wear while she’s pregnant as a way to remember their honeymoon.”

It was rumored in January that Reese was pregnant with her third child but the actress’s rep denied these claims.

Witherspoon wed Toth in a private ceremony in March after dating for about a year before getting married.  Now Reese and Toth apparently want to have a child to solidify their relationship and marriage bonds.