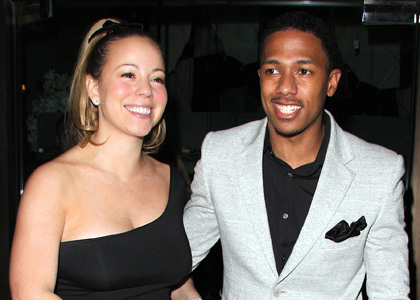 Mariah Carey has thanked her fans for the support she’s received since giving birth to twins on Saturday and sparked an online guessing game about her babies’ names.

The Hero hitmaker and her husband Nick Cannon welcomed a boy and a girl at a Los Angeles hospital on Saturday, the couple’s third wedding anniversary.

Cannon has been gushing about Carey and the new arrivals over the weekend, saying, “My wife just gave me the most incredible anniversary gift ever in life! I won’t ever be able to top this!” – and now his wife has addressed fans for the first time since the birth.

In a series of posts on her Twitter.com page, she writes, “I wish I could personally thank all those around the world who continue 2 send congrats + prayers for #dembabies! They’re doing great and they are the most incredible gifts we could ever have imagined!”

Carey tells her fans she and Cannon have decided on the tots’ names – but she wants her online followers to guess before she reveals all, hinting, “Both begin w/M’s (with M’s)!!!” She teases, “So we (sic) r bout (about) 2 reveal the actual names and b4 (before) we tell em 2 our friends etc. I had 2 C (see) if any (one) wanted 2 guess!!!”

What fun – guessing the names of Mariah Carey’s Kids!