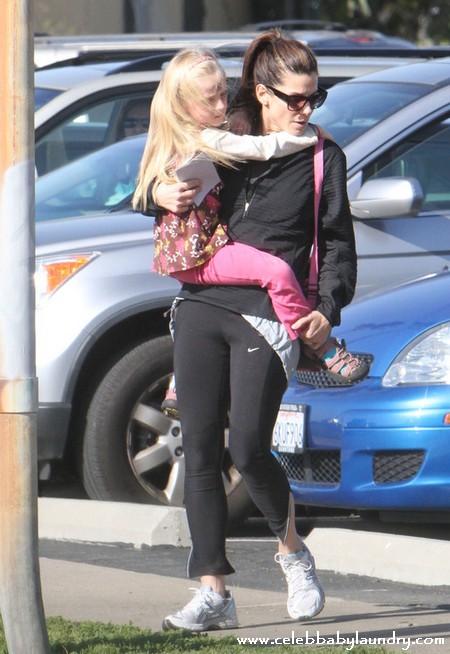 James, who recently moved from Southern California to Texas in the hope of “keeping the children together”, says he doesn’t know why Bullock hasn’t seen her stepdaughter, saying, “I don’t want to try to second guess what she thinks or something like that.  I mean, I know why I moved”. Sunny is James’ 7-year-old daughter from his relationship with second wife Janine Lindemulder.  Shortly before James’ multiple infidelities were exposed in 2010, he and the actress adopted a baby-boy named Louis, who Bullock now raises as a single parent.  The ‘West Coast Choppers’ owner admits he wanted to keep a relationship with his son, but wasn’t able to, telling People Magazine, “There’s been no contact at all for several months.  He is so sweet and I miss him”.

Maybe James should have tried being faithful to Sandra if he was so concerned with the happiness of his family? Jesse James, who is now engaged to the ‘Miami Ink’ star Kat Von D, says he wants to focus on his family life from now on, saying, “I’ve made my world pretty small.  Now I can focus on what’s important: making sure my kids get good grades and are happy and healthy.”

This guy is totally out there – after destroying his relationship with Sandra are we supposed to believe he has now become a nice guy?  Is writing a tell-all book part of his reformation package?  What a creep.