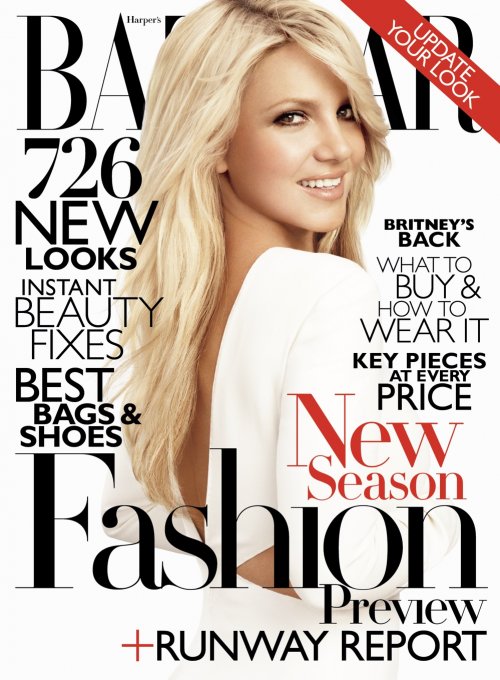 Britney Spears appears on the cover of the June issue of Harper’s Bazaar, which hits newsstands on May 31. Brittany appears with a fresh face and looks mature and healthy. Spears, who is the mom of Sean Preston, 5, and Jayden James, 4. She talks about her upcoming career, motherhood, and her career.

“I think things through a little bit more, and I worry a lot,” Spears said about being a mom and how it affects her career, “I’m more straightforward, and I speak up more than I did before. When I was younger, I wouldn’t speak up as much, but now that I’m a mom, things have changed.” On having kids and getting married: “I’ve thought about both, so if the timing was right…”

“If they have a love and passion for the arts and that’s what they want to do, then so be it. They are both little actors and so charismatic, I wouldn’t be surprised at all,” she said about her sons performing.

On her perfect day: “Getting up with coffee–two cups of coffee. Having a good workout, taking a swim, my boys being there and just having a good day at the pool–we have a theme-park slide. We’d have snow cones, then I’d go to the movies and spend time with my boyfriend. Maybe a Femme Fatale moment [laughs].”