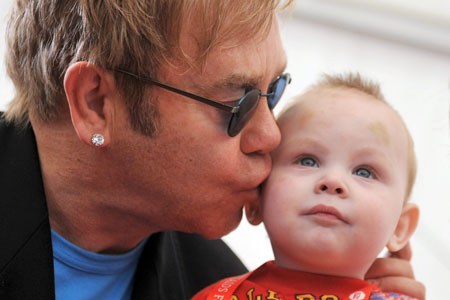 Elton John’s son who he welcomed into the world in December was born by a surrogate mother however, apparently both Elton and his partner David Furnish provided the sperm for the surrogate’s fertilization process.

The couple have no idea which one is actually the father of Zachery but they intent to have a DNA test done so they can determine the actual daddy.

Elton said, “Zach will have to know for his medical records. If it’s David, I’d be very proud. It wouldn’t matter to me – and vice versa.”