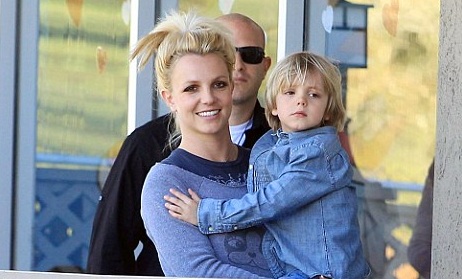 Britney Spears, 28, pictured above with her son Jayden James tweeted to her fans “‘I’m really just a boring homebody who loves staying home with my kids and that’s where I’m the happiest.’

Britney told twitter followers that her favourite film is Ferris Bueller’s Day Off, her chosen drink from Starbucks is a Strawberry Frappacino and she will definitely NOT be hosting the Grammy Awards.

‘I won’t be there and was never planning on going,’ she wrote.

The twitter interview was in support of her new album Femme Fatale, which is released next month.  Nice to see Britney doing so well and getting her life back on track!  Bravo Britney!