The Young And The Restless (Y&R) Spoilers: Who Learns Sally’s Baby News First – Adam Or Nick? 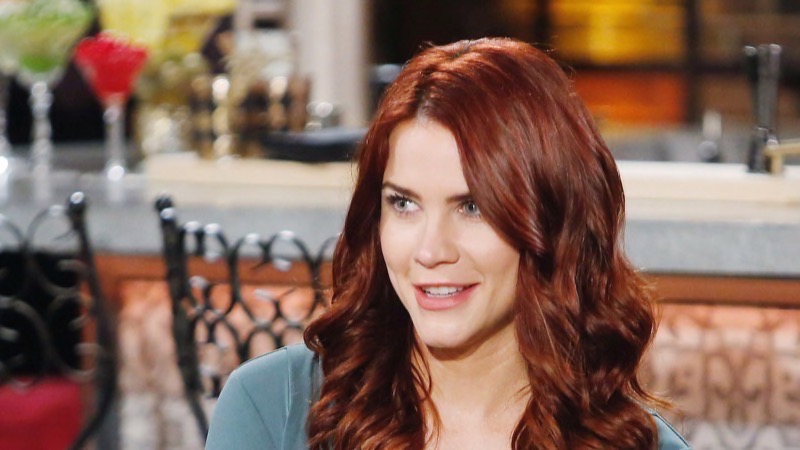 The Young and the Restless (Y&R) spoilers document that Sally Spectra (Courtney Hope) received news that creates current turmoil but will result in eventual joy. She is pregnant, not knowing if the father of her child is Adam Newman (Mark Grossman) or his brother, Nick Newman (Joshua Morrow).

A similar scenario played out between Adam (then played by Justin Hartley) and Nick when the late Sage Newman (Kelly Sullivan) was part of the show. Viewers recall Sage had a one-time cavort with Adam that resulted in him being Christian Newman’s (Alex Wilson). Nick eventually learned that news and was endorsed by Hartley’s then-character to be a father to his boy when a lengthy jail sentence was anticipated.

No jail sentences are part of the current storyline. Adam and Sally were deeply involved. That was a contrast to what Sage experienced with the character Hartley played. Sage loved Nick more. Sally has deeper feelings for Adam today yet sees Nick as a stabilizing figure.

Hartley’s character was believed to have been intentionally killed by Chloe Mitchell (Elizabeth Hendrickson) in an explosion. That was one of Y&R’s most memorable sequences and arcs of the 2010s. A long recast process followed, with Michael Muhney (Adam), who portrayed the character before Hartley, part of the recast process according to what that actor publicly stated at the time, and Y&R did not deny.

Grossman was selected to portray the man who has become a central Y&R figure since the late 2000s. TPTB opted to reverse SORAS (soap opera rapid aging syndrome) the character, with Grossman’s younger edition debuting in 2019.

Adam was living in Las Vegas, Nevada. He was suffering from amnesia and believed his name was Spider, a professional gambler.

The Young And The Restless Updates – Sally Spectra’s Successful Crossover

More than three decades ago, TPTB at Y&R and The Bold and the Beautiful opened a doorway. Sheila Carter (Kimberlin Brown), who was believed to have died on Y&R, would reappear on B&B in 1992.

Brown’s legendary villain crossed back and forth between both soaps and is currently on B&B, recently faking her death again. Sally did not need to cheat the Grim Reaper. Instead, she agreed to leave town after sabotaging her life in Los Angeles, California.

Sally arrived in Genoa City, Wisconsin, in the fall of 2020. She liked Jack Abbott (Peter Bergman) first. Adam was next, and then Nick.

Adam already senses that something is off with Sally. Well, she is not sick and is not suffering a career crisis.

Sally needs to determine who the father of her child is. That could be problematic, as asking either man to take a paternity test would alert the other. Devoted viewers know Sally’s creative mind will produce a resolution and spark initial drama on Y&R.