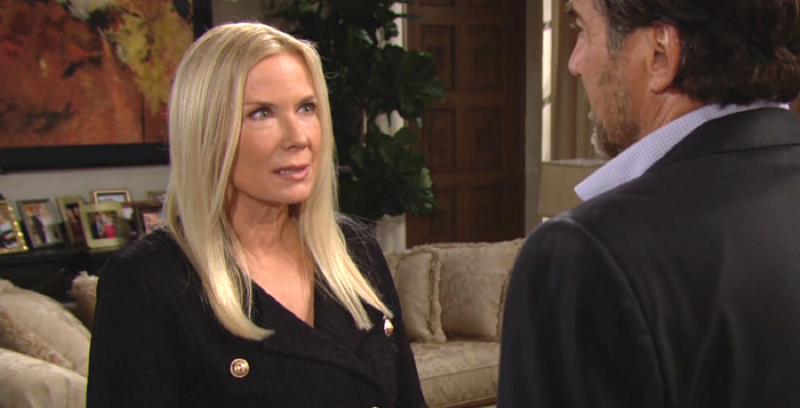 The Bold and the Beautiful (B&B) recaps for November 28 – December 2, 2022, show plenty of turmoil for Tridge, and Deacon taunting rejected Bill.

The Bold And The Beautiful Spoilers – Recaps For Monday, November 28

The week kicked off with the Tridge wedding on everyone’s mind. Lovely Taylor Hayes (Krista Allen) finds out about the fake CPS call that got her to the alter and keeps her lips zipped. Bad, Taylor, bad.

She looks like a wedding but when Carter Walton (Lawrence Saint-Victor) asks for objections to the union, their daughter.

The Bold And The Beautiful Updates – Monday Is Eventful In LA

At the same time Stephen Logan (Patrick Duffy) brought his gal pal Lucy (Linda Purl) to daughter Brooke Logan’s (Katherine Kelly Lang) house where she ruined the mood by crying about Ridge’s annulment and marriage to Taylor. At about the same time, Ridge and the guests are gobsmacked when Steffy spills that it was Thomas Forrester (Matthew Atkinson) who voice-faked Brooke calling Child Protective Services on him. Ruh-roh.

On Tuesday, November 29 the whole house piled on Thomas for his stupidity—Ridge tells him he fooled the WHOLE TOWN!

Ridge confronts Taylor who admits she knew—but she was going to tell him eventually.

Back at Brooke’s place, Katie Logan (Heather Tom) reveals that Bill Spencer (Don Diamont) made overtures to Brooke, then did the same to her. She spilled that Carter is catching her eye.

Elsewhere, Sheila Carter (Kimberlin Brown) picks on Deacon Sharpe (Sean Kanan) for loving Brooke. He tells her to stop putting on disguises and going outside.

On Wednesday Ridge dumps Taylor and tries to tell Brooke what happened, ie, it’s not his fault. He discloses what Thomas did and apologizes. Meanwhile, Sheila states that soon she’ll be reunited with her son and grandson while Thomas and Steffy argue about who’s to blame for Taylor’s dumping.

On Thursday, December 1 the sibs are still arguing, with Thomas acting like a scorned martyr and Steffy furious that he’s reverted to bad boy form. Elsewhere Brooke lays down the law to Ridge saying he needs to decide once and for all if he wants her or Taylor—good luck with that. 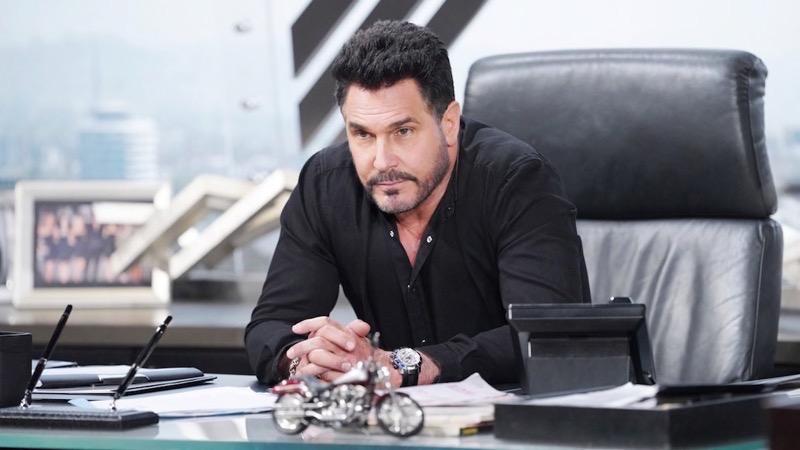 Just for kicks, Deacon taunts Bill at Il Giardino and he’s lucky he doesn’t get a drink in his face.

On Friday, December 2, Brooke catches up with Liam Spencer (Scott Clifton) and Hope Logan Spencer (Annika Noelle) on Thomas’ shenanigans. Later, Douglas comes home and Liam and Hope praise him for his heroics.

View Story
Finally, Brooke and Taylor have a confrontation but no art supplies were spilled. Instead, the women act reasonably for once with Brooke telling Taylor that Thomas needs serious help–Taylor agrees. Brooke informs Taylor about her ultimatum and then later looks worried.

Next week looks to be a barn burner B&B fans!