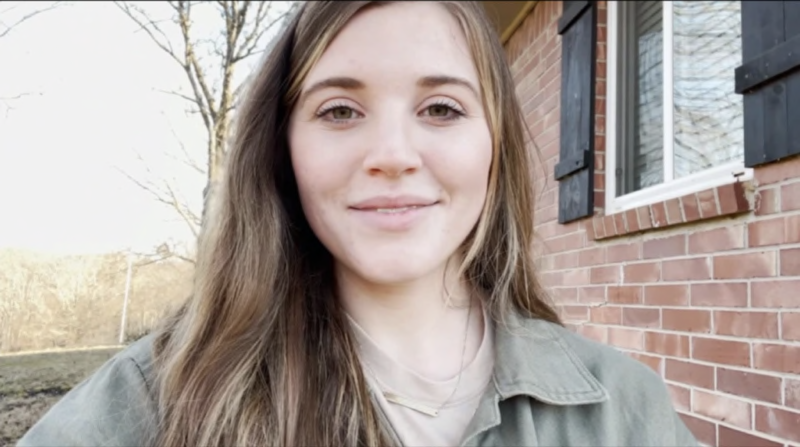 Counting On alum Joy-Anna Forsyth has two adorable kids, Gideon and Evelyn. Often Joy talks about her current pregnancy but her latest post was about her two active little kids who seemed very excited at the weekend. So, what got them out of bed before their mommy so they could share something special with her? Read on to find out.

Counting On Kids Have A Surprise For Joy-Anna Forsyth

Austin and his wife expect a third baby and at the moment, fans hear a lot about her pregnancy. Actually, she seems to be in very good spirits this time around. At the gender reveal that they arranged, family and friends discovered that they will have another little boy. It was a happy affair and Jill Dillard attended with her kids. Jim Bob Duggar was also there and so was Michelle.

Counting On fans like that Joy seems to be in a great place this pregnancy because she lost a child before Eveyln arrived. Joking and making funny reels, people warm to her. Actually, they started warming towards her a lot when her brother Josh was on trial. Likewise, they started to say nice things about Austin who seemed to be extremely supportive of his wife. Actually, it’s not clear why so many people dissed them prior to that. This week, fans saw another pleasant post when the kids surprised their mom.

Counting On Kids Show Their Mom The Snow

When Joy-Anna Forsyth woke up on Saturday morning, she’d slept in a bit later that the rest of the family. Actually, it looked like Austin got up and looked after the kids who were playing in the lounge. When Joy-Anna arrived, they were keen to show her that it had snowed. In the video that she uploaded to YouTube, Joy mentioned that it does snow where they live, but rarely. Looking out of the window, she noted that there wasn’t a lot of it, but it would be enough for the kids to play in.

Counting On fans saw rising excitement as the kids dressed in their warm clothes and mittens to go outside and play. Evelyn got so excited that she dumped her doll and scooped up the snow. Meanwhile, the utter delight on Gideon’s face made fans feel happy. Because the snow was too soft to make snowballs, Gideon decided he’d have fun cleaning the snow off his mom’s car.

Counting On fans took to the comments section under the video and chatted about how excited the kids were about the snow. One of them said, “I miss seeing yall on TV, but I like this better because it’s more real and you control the editing! ❤”

Another fan wrote, “What beautiful memories you and Austin are making with your kids. Thank you for giving us a peak into your world (sic). I hope that others are inspired to make memories as well.”