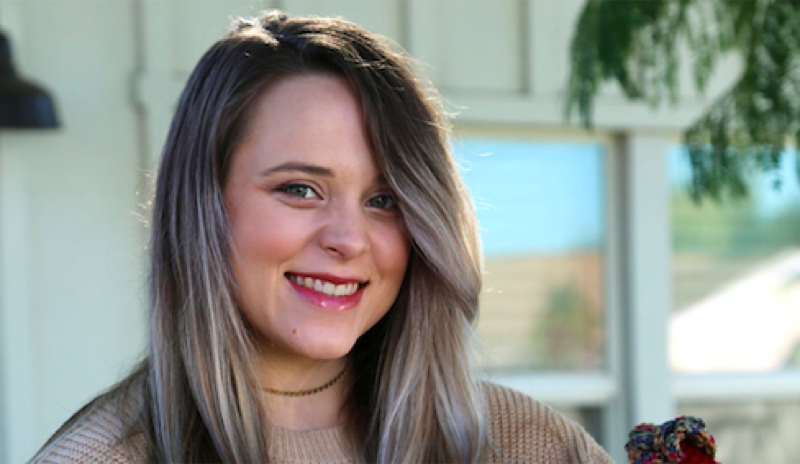 Counting On fans waited a long time for a Tell-All book about life in the Duggar clan. Actually, many of them suspected that Derick Dillard might be the first to write one. Anyway, it turned out that Jinger Vuolo stepped up. Actually, her reportedly explosive book arrives in January next year. Titled, “Becoming Free Indeed: My Story of Disentangling Faith from Fear,” will it cause the family to shun her?

Jinger and her husband Jeremy already ventured into the book industry. Recall, they brought out their book called “The Hope We Hold.” Named after their podcast, it sounded great, but some reviews seemed a bit disappointing. In fact, it was mostly about their faith and how it helps them navigate their lives. Of course, with Jeremy studying to be a pastor, it found an audience, but still isn’t ranking highly on Amazon.

Additionally, the Counting On couple produced their kid’s book, titled “You Can Shine So Bright.” Arriving on pre-order in March, it does quite well in the category of Christian books for kids. However, neither of them brought up anything juicy about growing up in the strict religious household of Jim Bob Duggar. With the announcement of the latest book, it’s thought that finally, TLC fans might hear something explosive.

Counting On: Jinger Vuolo’s Book Will Get Her Shunned?

The new book, “Becoming Free” will focus on how Jinger was raised in a religion that allegedly rules by fear. The Institute in Basic Life Principles (IBLP) religion wasn’t for her, it seems. According to a source cited by Katie Joy on Without  Crystal Ball, it could have quite serious repercussions for Jinger. On November 5, Katie discussed the potential fallout of the book on YouTube.

The Counting On blogger credited The Sun for the original article which came out at the end of October. In her chat about it, Katie also referenced Mary who runs the “Out of the Shadows with Mary Murphy” podcast. According to Without A Crystal Ball, there is some speculation that the book might not amount to too much that is controversial And, it might simply, be a plug for Jeremy Vuolo’s religion. However, Katie does suspect there might be some stuff there that will embarrass Jim Bob Duggar.

Katie Joy noticed that the Counting On patriarch could react as if Jinger gave him a “slap in the face.” Apparently, a “childhood friend of Jinger thinks she is at risk of being shunned.” Mary was shunned and she expects “the same thing could happen to Jinger.”

Citing the source, Katie said, “Jim Bob and Michelle’s reaction will depend on the contents of the book.” Additionally, if the book turns out to be a Tell-All, and she “calls her parent out,” then it’s possible that the family will shun her.  It all depends on how Jinger approaches it. Not to mention, in Katie’s opinion, it seems that there’s a rift between Jinger and her dad.

Notably, TLC fans don’t really see Jim Bob visiting Jeremy and Jinger in Los Angeles. And, she doesn’t seem to stick around for long when she does go to Arkansas. For now, fans will need to wait and see how the book was written before they will know if Jinger ends up shunned by her family and IBLP.

Be sure to catch up on everything happening with the former TLC cast right now. Come back here often for more Counting On spoilers, news, and updates.