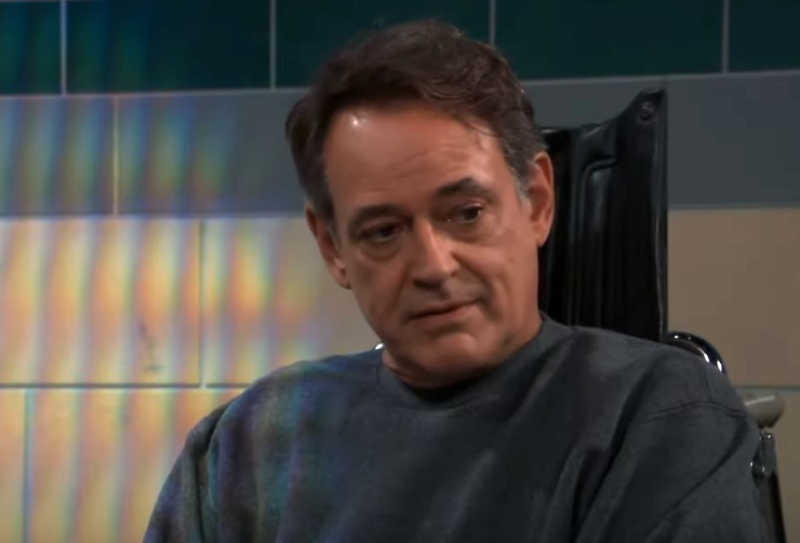 General Hospital (GH) spoilers and rumors tease that Ryan Chamberlain’s (Jon Lindstrom) and Heather Webber’s (Alley Mills) paths could have crossed through the years. It’s possible that Heather could even be Esmé Prince’s (Avery Kristen Pohl) birth mother-could Ryan’s psychosis that got him booted from the DVX have been caused by Heather LSD-ing him?

Longtime viewers should remember that Ryan was presumed dead for twenty-five years before he showed up again in Ferncliff, a facility that Heather also was in. She was already in D’Archam by the time the DVX contacted his twin, Dr. Kevin Collins (Jon Lindstrom) and revealed he was alive, but suffering from deep psychosis. They were going to kill Ryan if Kevin didn’t take him off their hands, so he secretly put him in Ferncliff where it took many months to find a treatment.

Ryan literally would howl like a wolf, as if he were on a bad LSD trip from which he could not return; perhaps he was, thanks to Heather. It was a torturous time for Ryan, who eventually regained enough sanity to tap SOS in Morse Code on his cell wall and was in a rubber room in a straitjacket.

General Hospital Updates – Crazy Is As Crazy Does

LSD is Heather’s MO and it has been ever since she tried to give it to Diana Taylor (Brooke Bundy) who was the adoptive mother of Steve Webber (Scott Reeves). Toddler Steve spun a lazy susan with glasses of iced tea on it and Heather got the dose of LSD instead of Diana, who was later murdered by Heather’s mother. Years later, when Steve worked at GH and was fooled by his mother into thinking she was healed, it was his then-fiancée Olivia Quartermaine (Lisa LoCicero) who got “LSD’d”. She screamed and saw monsters in much the same fashion as Ryan when he howled, an obvious sign he’d been dosed. When Esmé asked a much more sane Ryan about her birth mother years later, he wouldn’t give many details except she was suddenly “gone”. 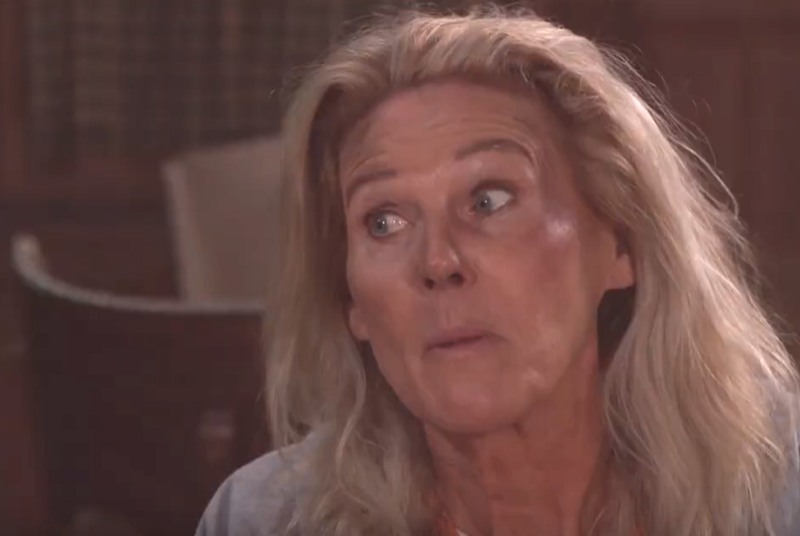 LSD Takes A Long Time To Recover From

LSD, especially in a direct dose such as Heather dosed Olivia with a syringe, takes a long time to recover from. Ryan’s psychosis seems remarkably similar to the reaction that Olivia first suffered from, which also took a while to wear off. Heather’s dose was internal, in the iced tea she accidentally drank but it also lasted for many years.

Ryan’s statement to Esmé telling her that her birth mother was suddenly “gone” could either refer to a killing or a prison or insane asylum stint. During the years that Esmé would have been conceived, Heather was MIA; she could easily have attacked Ryan with LSD and she would have been “gone”.

The Bold And The Beautiful (B&B) Spoilers: Bill Is Ready And Waiting For Brooke