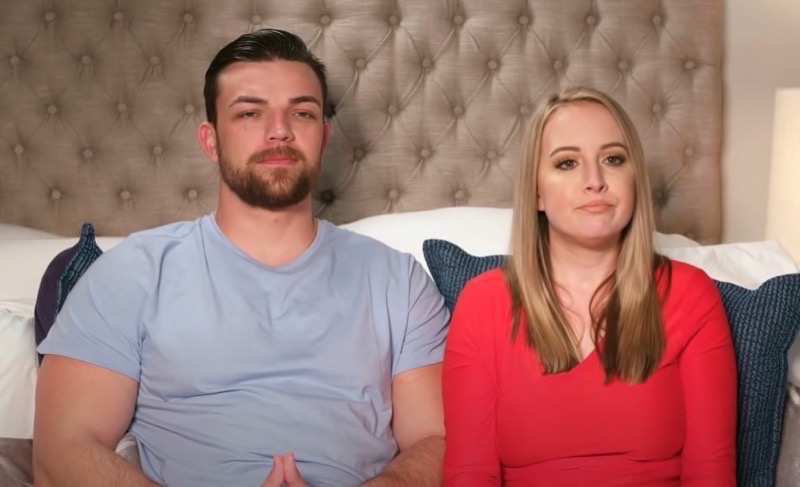 90 Day Fiancé fans have lots of babies to celebrate in the franchise, and now Elizabeth “Libby” Potthast and Andrei Castravet welcomed their second child. In new family photos, the family of four looks really happy. You might recall that the pregnancy announcement came back in March this year. Well, the sibling for Ellie arrived safely, and she’s all about her little brother.

The gender announcement of the new baby arrived back In June, and they sounded thrilled to be welcoming a boy into the family. Young Ellie arrive early in 2019, and she’s at the right age to look forward to playing with her little brother when he grows a bit bigger. Whilst fans might not all like Andrei, he seems to be a really sweet dad with his daughter. And no doubt, he looks forward to the day he can start having adventures with a son.

90 Day Fiance fans last heard from Libby and Andrei in 90 Day Diaries, and the family dynamic had shifted. Remember, Andrei started working for her dad, and he did well, once they all had the usual fights and drama. In fact, they have their own home these days, with space to expand their family. Their martial issues seem to have settled down, and now they have a family of four.

On October 7, Libby took to her Instagram and shared some photos of the family of four. In her caption, she said, “We welcomed sweet precious baby boy Winston Leo Castravet into the World on 10/4/2022.” When he was born, Winston weighed in at “7lbs 10oz,” and he measured 20 inches. Sounding blissfully happy, she added, “Our hearts are SO filled with joy right now and we are already loving being a family of four.”

90 Day Fiancé fans saw that Ellie wasn’t left out, and one of the photos showed her loving her little brother, who looked to be fast asleep. Her mom said, “Ellie is a proud big sister and all about her baby brother “Win”! Having a baby boy is a totally different energy and I’m loving it so much!!!⁣🤱🏼💙💙✨✨⁣.” As the cast of the TLC franchise seems like one big family, it’s no surprise that their colleagues sent in their congrats.

Some of the first 90 Day Fiancé stars to send in their congratulations included Yara Zaya, Tiffany Franco, and Julia Trubkina. Darcy and Stacey Silva, along with Loren Brovarnik also sent loving thoughts the way of Libby and Andrei. Of course, TLC fans also congratulated the couple. One of them said, “🌺🌻🌺Handsome baby boy!!! Ellie looks so proud🥰 God bless you all🌺🌻🌺.”

Plenty of similar comments followed. Clearly, the couple has become way more popular than they were when they debuted in the franchise.

Be sure to catch up on everything happening with the TLC cast. Come back here often for more 90 Day Fiancé news and updates.

The Young And The Restless (Y&R) Spoilers: Tucker’s Secret Child In Genoa City?