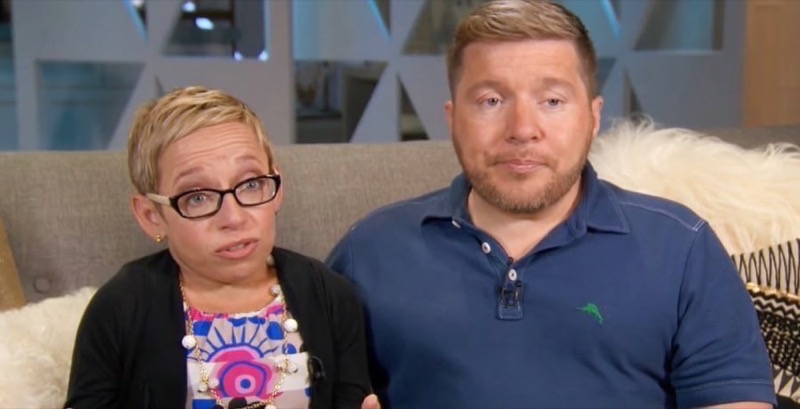 The Little Couple aired the final episode titled “This Is How We Party,” back on September 24, 2019. At the time, TLC fans had no idea that they would not see Will and Zoey Klein back on their screens. The season ended and fans saw a photo of Zoey holding a big number 8 on Billy Klein’s Instagram. Since then, Zoey saw three more trips around the sun. Here are the three birthday photos that you might have missed.

The Little Couple – So Much Changed For Zoey Klein

Since TLC fans last saw the show, Zoey and her brother Will both grew up a lot. Of course, they also went through a lot of changes in their lives. Naturally, the pandemic changed their lives and they were homeschooled by their dad, Billy. At the time, they still lived in Florida and Zoey went through the stage in life where the little girl’s best friend was a pony. But when the riding school closed, she turned to paint and artwork. And, the family relocated to Boston.

The Little Couple fans who follow the family know that they decently moved from an apartment in Boston, into their own home. And, that’s when Zoey proved that she grew up into a young teen with an attitude. Determined that they will film the TLC show again, she interrupted her mom to tell fans that she will return to the show, even if she has to wait until she grows up. Dr. Jen Arnold told her that she should have word with TLC’s execs. Probably, she called them up as she’s full of confidence and sass these days.

The Little Couple – Zoey Celebrated Her 9th Birthday In 2020

Each year, Zoey’s dad shares a photo of Zoey on her birthday. In September 2020, he posted up a photo of her sitting next to him in front of a chocolate cake. Bill told his fans that Dr. Jen arranged a “slide show” of her through the years, and he confessed it made him feel a bit nostalgic. Meanwhile, Will just giggled and laughed a lot. The last year of the single digits arrived and clearly, her dad felt quite emotional about the approaching teens.

At the time, The Little Couple fan still hoped that the family might be filming for another season of the show. Mind you, things were up in the air because of the pandemic. Remember, back then, a lot of juggling and logistics became a problem for the camera crews. Of course, people said in the comments, that they miss seeing the kids, and they hoped for a new season soon. But that didn’t happen. Actually, another year rolled around with no filming news.

On September 2021, The Little Couple’s dad was still teaching the kids at home and he flummoxed fans with a formula when he posted up about Zoey’s 10th birthday. He said, “TEN! TODAY!! The big 1 – 0! Double digits!! X! The square root of C! As x approaches 0.5, 5/x approaches Zoey’s Birthday! Happy Birthday 🎉🎂🎈🎊🎁.” Meanwhile, fans knew from Dr. Jen’s Instagram that she and her daughter celebrated by visiting a spa together.

Suddenly, it is 2022 and now Zoey is the same age that Will was when she turned nine. Now 11 years old, she wears her hair shorter and she looks very grown up, fans agree.

This year, Bill asked his TLC fans to wish his “amazing daughter the happiest of birthdays!” Of course, they obliged because fans adore those two kids. Those who remember her as a tiny tot when Billa and Jen fetched her from India couldn’t get over how big she’s grown.