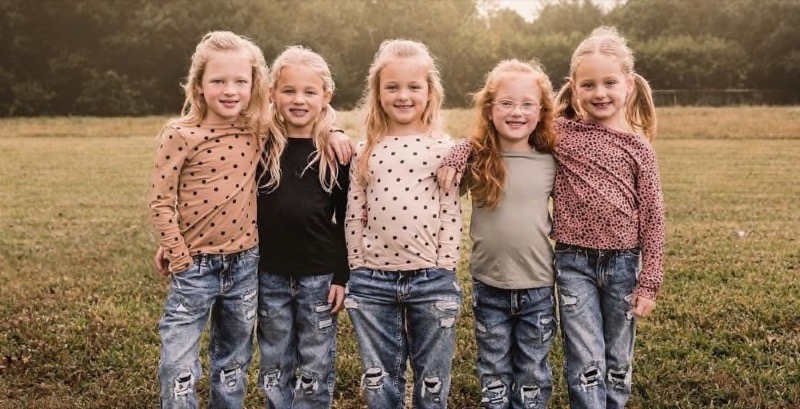 OutDaughtered spoilers emerge every year when Adam Busby films the quints and their big sister Blayke answering questions about themselves. This year, it’s very interesting to see that the three of them share a common dream. Blayke, Riley, and Parker Kate seem very sure about which career paths they intend to follow.

Over the years, Danielle Busby shared her predictions about the possible careers her kids might choose. At one stage, she thoughts that Parker Kate might decide on cosmetology. Well, once she got over her terrible anxiety, fans disagreed. Instead, they thought that she might become a model. And, since she learned ballet, her poise seemed really amazing. However, it turns out that she’s not as interested in that as a career.

OutDaughtered fans know that Riley is bright and up for a challenge. So, they think she will succeed in any career that she chooses. Two years ago, her mom joked that she might end up as the president of the USA. In fact, she started school one year ahead of the other kids. And for a bit, her mom agonized over whether to keep the quints together or let her study at her own pace. In the end, they kept the kids together and Riley repeated kindergarten with her sisters.

Ever since the quints arrived, Danielle and her fans assumed that Blayke might end up working in some field where nurturing matters. Often, fans thought that she might go into nursing, or become a doctor. However, a  few years ago, Danielle decided that her oldest child might consider veterinary work. That came after the family went on a vacation that involved riding horses.  Then in the last season of the TLC show, it seemed that Bayke might consider marine biology as a career.

In a new video on It’s A Buzz World, it turns out that three of the OutDaughtered kids seem quite confident about what they wish to study. Hazel thinks she might end up with the twins being Minnie Mouse. But, Blayke and Riley, and Parker already selected rather more serious options. Knowing those kids from television, they probably go for it very seriously.

What are your thoughts? Do you think that all three of the girls might realize their dream? Sound off in the comments below.