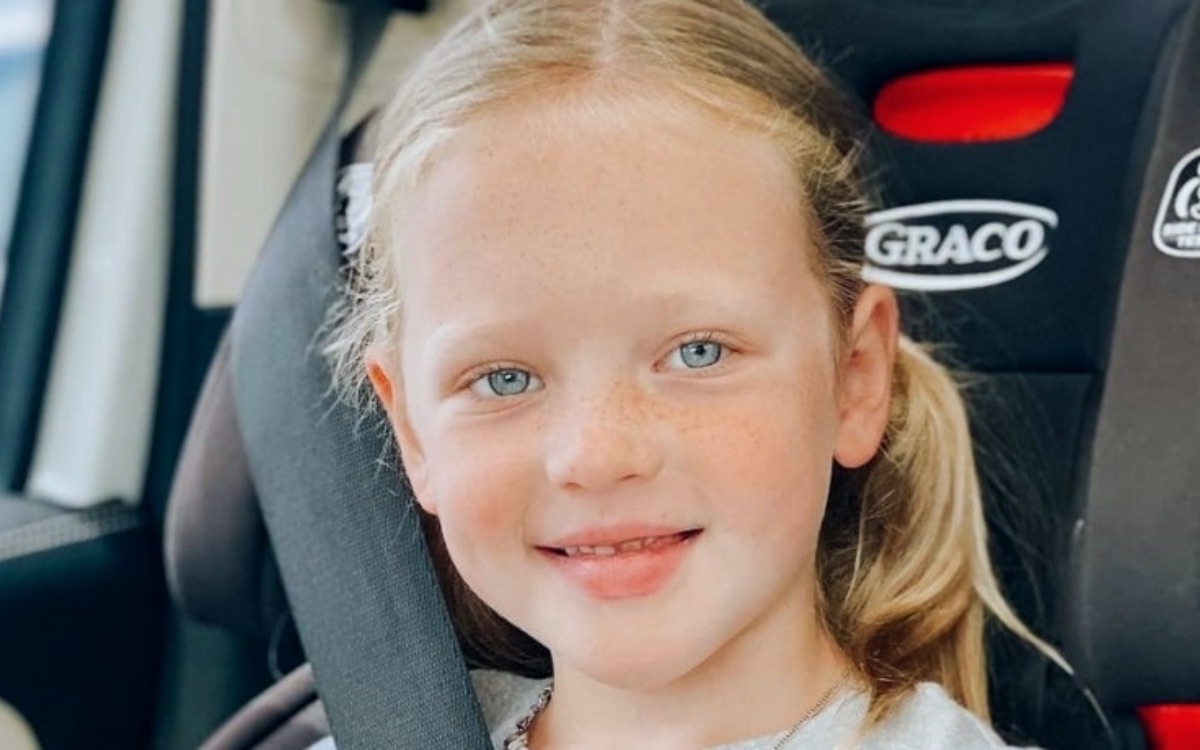 OutDaughtered spoilers and updates reveal that Parker Kate Busby continues to grow more confident. This week, when the family went to the beach for a fun day out, TLC fans saw her and heaped praise on the quint. While fans know that she has a special bond with her dad, Adam, they also noticed that she has some traits that she shares with her mom, Danielle. What are they? Read on to find out.

Recently, Daniel gave her TLC fans an update on her health. Recall, that the last time that fans saw the family on TLC, Danielle’s health was left up in the air. Recall, that she had previously feared that she might suffer from a heart condition. Well, that was taken out of the equation. Nevertheless, she struggles with an autoimmune condition. But, that doesn’t stop her from getting active like her daughter Parker Kate.

OutDaughtered fans noticed that Parker started becoming way more confident after she took up ballet. Clearly, she also became very supple as she managed to give her mom some athletic competition when the family visited the beach this weekend. Furthermore, she seems to be tall, confident, and very poised.

On Friday, Adam Busby took his Instagram and shared some photos of Parker and her mom Danielle. It came when they visited Galveston Beach. In his caption, he said that they enjoyed “spontaneous fun.” Additionally, his post mentioned that his wife, Danielle Busby, should watch out, as Parker Kate gives her some competition. As you can see, Parker and her mom both did professional handstands on the beach. In one of them, she lifted one hand off the sand!

Naturally, OutDaughtered fans took to the comment section to talk about the progress that Parker has made. Although it was years ago now, the picture of Parker suffering from terrible anxiety during her Pre-K assessment remains very vivid. Interestingly, most fans were able to identify Parker now despite her showing her back to the camera. Only a few of them had to ask Adam for confirmation that it was her

OutDaughtered fans who commented seemed blown away by how tall Parker has grown. Additionally, they loved that Parker Kate Busby seems so very confident and athletic these days. One of them noted, “Parker is so good at everything” these days.

Meanwhile, other TLC fans talked about how “sporty” the young Quint seems to be these days. Meanwhile, others were astonished at how well she copied her mom doing handstands. As you probably know, Danielle’s best thing that she can do involves headstands. In fact, she’s been seen doing them in all sorts of places. Perhaps, one day, Parker will also start challenging her mom by standing on her head.