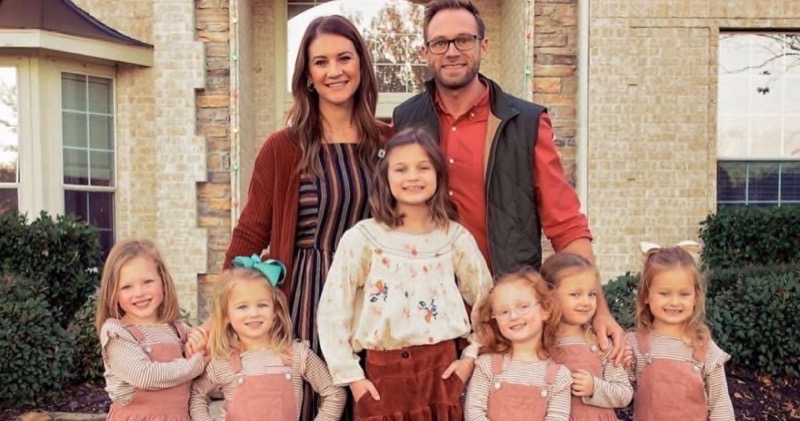 OutDaughtered fans heard from Adam and Danielle Busby, that they take a long hiatus from filming with TLC. Actually, they didn’t rule out returning in about a year. With no new season announcement, at least they didn’t wait more than two years to address any cancellation like Dr. Jen Arnold from The Little Couple. Many TLC fans hope for much more of the Busby family, and an excursion to West Texas illustrated exactly why fans can’t get enough of them.

OutDaughtered Remains Very Much In Demand By TLC Fans

The Shemwell family from The Blended Bunch came and went without much sorrow expressed by fans. Meanwhile, The Little Couple just faded away in a cloak of silence. Additionally, shows like Little People Big World, and 7 Little Johnstons lose some popularity because of toxic behavior. But the Busbys, since Adam put his foot down with production, brought simple happiness, clean fun, and great family entertainment. Thankfully, Adam runs his It’s A Buzz World channel on YouTube, and some episodes rival TLCs for great family content.

OutDaughtered fans have seen so much quality content on It’s A Buzz World, that some of them speculated that at least if TLC dropped the family, they might continue to get a lot of info about them. So far, many videos include the kids fishing, choosing birthday cakes, field days, Christmas, and more. Clearly, the hiatus from TLC doesn’t mean a veil of silence falls over the League City quints, big sister Blayke, and their extended family. This week, fans thirsty for more of the family saw them all take an excursion to the west coast of Texas. The comments revealed just why fans still want so much more of the show.

Earlier this week, Adam posted up the video titled “WOW! Our First Time in West Texas!” In the caption, Adam explained that they took a trip to “Frio River and danced at Garner State Park.” It all went down on the Fourth of July holiday, and their day started off rainy and damp. But, after a five-hour journey, they made it to their destination. Clean fun followed and the kids took a hike, went swimming, and more. Good fun with no cosplay, no underlying tones of tension, and no toxic viewing made fans feel happy.

Admittedly, the kids seem fortunate to have parents who can afford excursions, And yet, they seem completely unspoiled in character. Neither are they arrogant. In fact, OutDaughtered fans often wonder if the kids actually realize their celeb status, or care for it very much. So in the comments, they discussed why they think Adam, and Danielle do such a good job parenting the kids. Furthermore, their comments revealed what they like about the family show.

Comments TLC Could Do Well To Take On Board

TLC fast gathers a rep for creating ugly drama, but OutDaughtered fans would prefer to see the sort of thing that Adam reveals in his own videos. Just 40K views shy of 200K, plenty of fans found an opportunity to comment on the video. One impressed fan wrote, “It just does my heart so much good just to see the kids playing and having a great time together. Thank you so much for sharing.”

this video was so much fun

I loved when Danielle swim with quints

and Hazel was dancing with Parker.

I love this vlog more than anything on YouTube

Adam is [a] brilliant father

And, a message to those who don’t follow the channel also arrived: “Omg, i just randomly came across this channel… I remember i used to watch your show (outdaughtered) on tv, my mum also loves that show… [a] couple of days ago i was literally thinking about ur amazing family n today i got your channel’s recommendation on my homepage.”