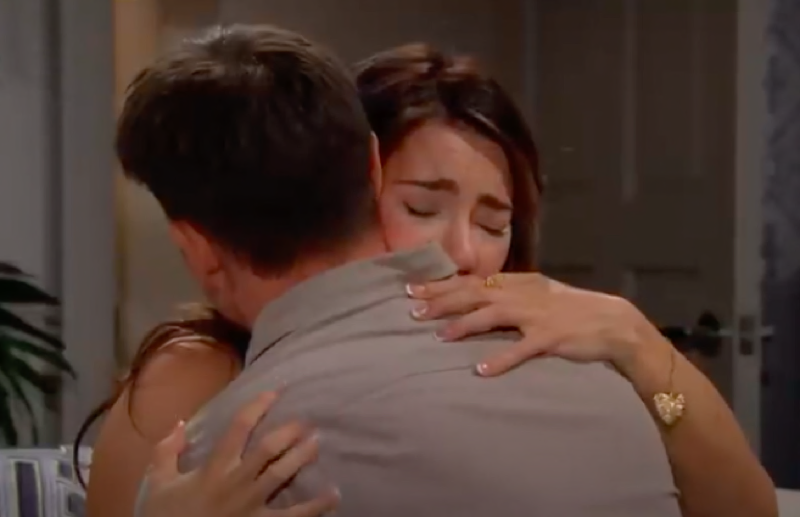 The Bold and the Beautiful (B&B) spoilers document that Steffy Forrester Finnegan (Jacqueline MacInnes Wood) realizes a miracle in Monaco. She confirms what the viewers have known for weeks, John Finn Finnegan (Tanner Novlan) is alive.

Taylor Hayes (Krista Allen) and Ridge Forrester (Thorsten Kaye) were jetting over to see Steffy without knowing about Finn. They were concerned after Taylor learned that Wood’s character sought specialized mental health treatment.

The torturous grieving process is about to end. Steffy and Finn reunite, which also provides a special bonding moment for Taylor and Ridge. Whether that becomes more than a one-off daytime moment is yet to be seen.

Ridge recently made his big decision. Kaye’s character met with Taylor to tell her that he was reconciling with Brooke Logan Forrester (Katherine Kelly Lang).

Taylor took the news as best as she could. Her recent conversations with Deacon Sharpe (Sean Kanan) offered a mix of resignation and hope.

Brooke is married to Ridge, and she appears to be his first choice. But what happens in Monaco provides plausible encouragement to Taylor, who continues to believe that Ridge will realize that she is the best woman for him.

The Bold And The Beautiful Updates – Steffy Forrester Finnegan Wins

Steffy was devastated by how Finn died. He was taken from her in such a cruel manner.

The event happened in front of Steffy’s eyes, with Finn stepping in front of his wife while Sheila Carter (Kimberlin Brown) was ready to fire her gun. Finn took the bullet and appeared to die after mumbling some words about Hayes Forrester Finnegan (Piper Harriet).

Taylor and Ridge were beside themselves. Steffy was not out of control following Finn’s seeming death. But she was inconsolable. 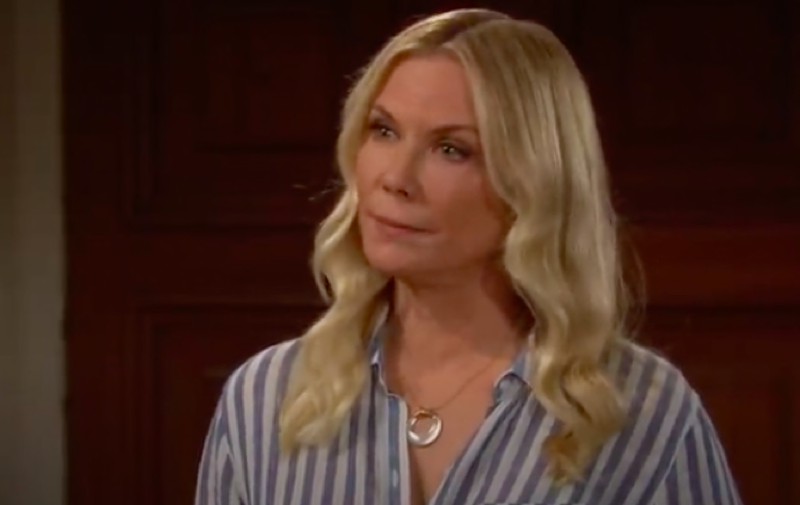 Ridge Forrester Caught Up In The Moment

Ridge has the best of all worlds. He has two great ladies who love him completely.

So, getting caught up in the moment, after learning that Finn finds Steffy, Ridge kisses Taylor. That is something that can be rationalized in retrospect, based on the circumstances and the history between Kaye and Lang’s famous characters.

But Brooke is teased as not understanding what happened in Monaco. So, it will be fair to wonder if Ridge and Brooke’s revival will last or if the exotic location drama will impact the stability of this couple in Los Angeles, California.