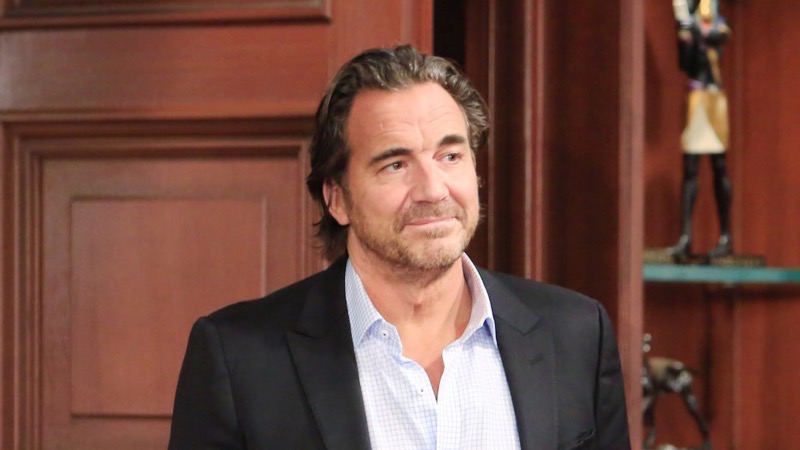 The Bold and the Beautiful (B&B) spoilers document that Ridge Forrester (Thorsten Kaye) realized something recently. He was ready to reconcile with Brooke Logan Forrester (Katherine Kelly Lang).

She was anticipating his eventual return but was still surprised at the timing. Sheila Carter (Kimberlin Brown) being on the loss may have had something to do with Ridge’s thought process, as he wants to protect and be with the one woman he loves more than any other, sadly including Taylor Hayes (Krista Allen).

Ridge went to the cliff house first. He did not say a word to Taylor about what he planned to tell Brooke. Instead, Ridge was checking on Taylor.

Thankfully, Thomas Forrester (Matthew Atkinson) is staying with his mom at the cliff house. Viewers know Jacqueline MacInnes Wood (Steffy Forrester Finnegan) was seen in a small room at a desk video chatting with her parents in a recent episode.

Logically, Steffy would jet home with the children to be with her mother and to stand by her family with Sheila on the loose. But Wood’s maternity leave played into the plot, with the above video chat scene likely shot before or during the actor’s absence from the set.

The Bold And The Beautiful Updates – Contrasting Scenes Tell The Tale

The contrast between Ridge talking warmly with Taylor and later, speaking tenderly with Brooke at the Logan mansion, was noteworthy.

Ridge cares for Taylor because of what they once shared and because she is the mother of two of his children. But he is not in love with her.

Brooke, for reasons that are not debatable for all who disagree with them, is Ridge’s soul mate. That is what Taylor must accept when Ridge informs her of his choice. 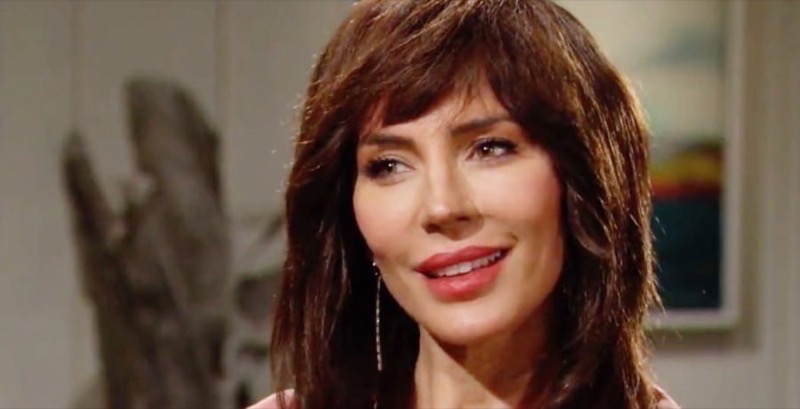 Taylor made a push for Ridge in the only way that she could. She supported Kaye’s character during his separation from Brooke, as Allen’s character believed that was best.

Ridge thinks Taylor is sweet. He was devoted to her at one time in the distant past. But not now.

Tell her, about returning to Brooke, will be hard. He knows Taylor’s hopes will be dashed.

Hopefully, Taylor decides to stay in Los Angeles, California, as the recast to Allen has provided a fresh take on a classic B&B character that should remain in the plot.