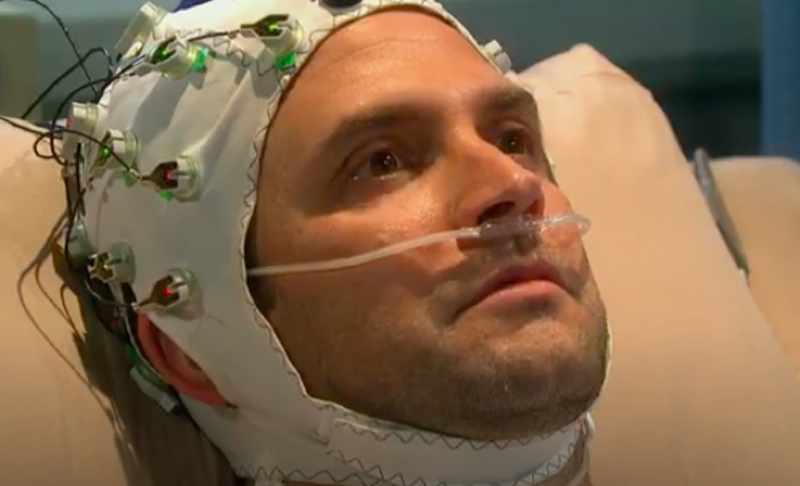 Days Of Our Lives (DOOL) spoilers and updates tease in this week’s Soap Opera Digest that Stefan DiMera’s (Brandon Barash) resurrection will become Dr. Wilhelm Rolf’s (Richard Wharton) nightmare. Rolf isn’t quite ready for Stefan to wake up yet, and when he does, chaos ensues as Stefan demands answers.

Days Of Our Lives Spoilers – A Rude Awakening For Wilhelm Rolf

Kristen DiMera (Stacy Haiduk) is in a big hurry for Rolf to alter Stefan’s memories, so he will run to Chloe Lane (Nadia Bjorlin) when he wakes up. That way, Kristen thinks that she can force Chloe and Stefan back together so she can get Brady Black (Eric Martsolf) for herself. Rolf eagerly gets to work, but Kristen pushes him to the point that instead of altering Stefan’s memories so he’ll forget Gabi Hernandez (Camila Banus) he wakes him up instead.

Stefan bolts to life, angry and confused, and grabs Rolf, demanding answers before Rolf can sedate him. The last thing he remembers is jumping in front of his mother and taking a bullet.

Rolf, unable now to alter Stefan’s memories since he has now revived, tells Stefan what has happened to him. He explains to a stunned Stefan that he had died several years ago, and Gabi had authorized donation of his heart, although he doesn’t say to whom. However, he had been able to keep him alive by extraordinary means with a type of artificial heart and now a matching human donor heart has been transplanted. Stefan, of course, knew that DiMera Enterprises had some incredible technology, having himself had the “spy eye” implanted in Steve Johnson (Stephen Nichols) years ago. But all he can think of now is getting out of that Frankenstein-like lab and back to his life with Gabi, whether Rolf likes it or not. 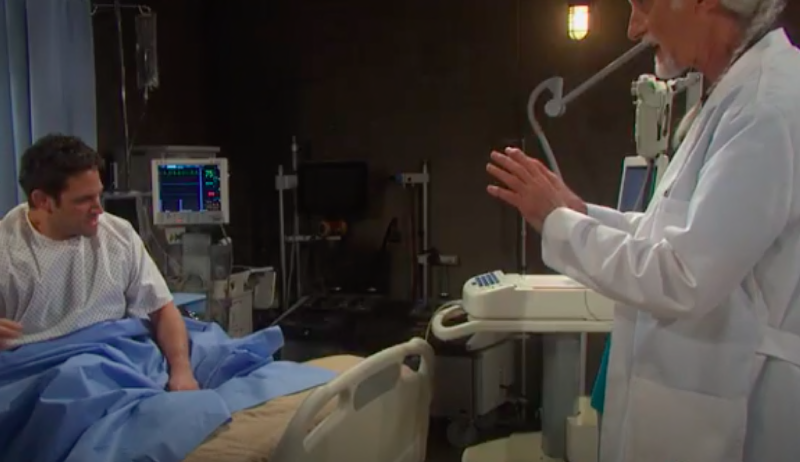 Stefan orders Rolf to free him from the medical contraptions and let him leave, but Rolf is unwilling to do so, and tensions escalate between them. Rolf sends a text to Li Shin (Remington Hoffman) for help, but by the time he gets there, Stefan’s already gone. Viewers can expect that Rolf will be frantic, not having been able to prevent Stefan’s escape, not to mention concerned he may not be healed enough to survive.

Days Of Our Lives (DOOL) Spoilers: Steve And Stephanie’s Feud, Kayla Caught In The Middle

It should not be so difficult for Rolf and Li to figure out that Stefan is headed for the DiMera mansion to find Gabi, and Stefan’s memory kicks in. He knocks on the door and sees her in his mind, but the question is, will he see her, and how will she respond, and he has no idea.

OutDaughtered Quints Return To School – Are They Happy About 2nd Grade?