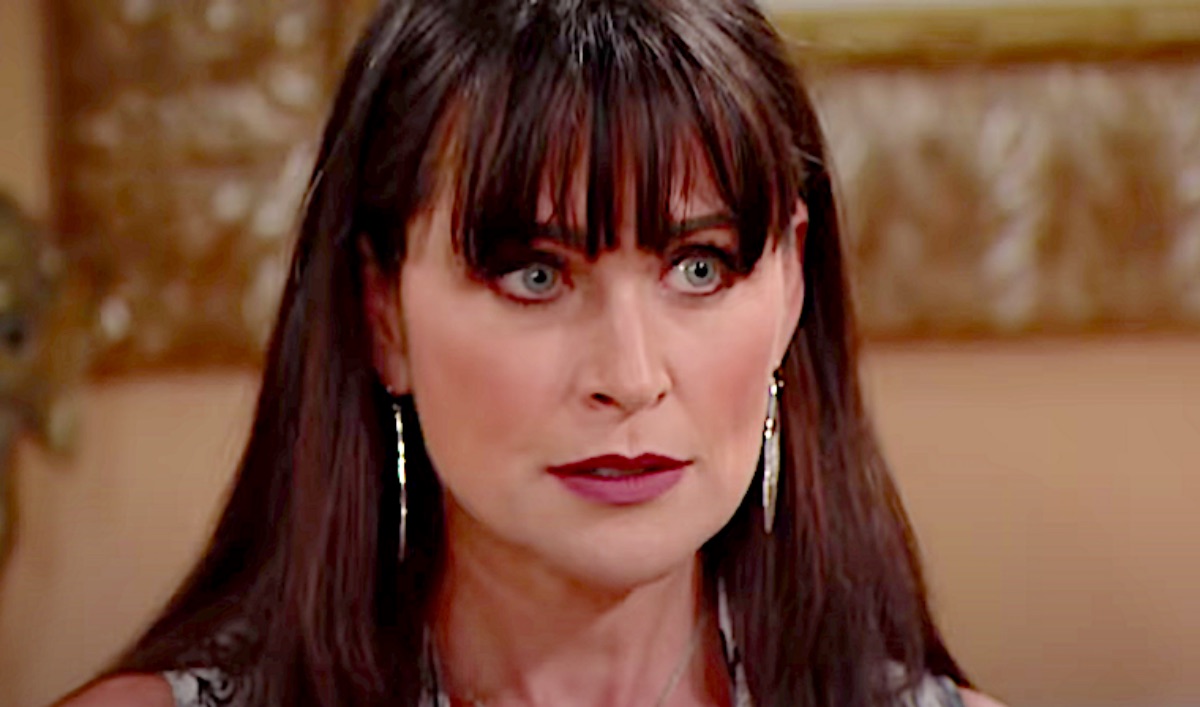 The Bold and the Beautiful spoilers document that Quinn Fuller (Rena Sofer) should be happy now. Realizing a relationship with the new man she loves, Carter Walton (Lawrence Saint-Victor), seemed impossible just weeks ago. But it happened.

All is well with Eric Forrester (John McCook), who amicably ended his marriage with Quinn. That pairing simply needs to complete a paperwork process, with Carter potentially serving as both party’s attorney and no soapy conflict cited.

However, Quinn is teased to chew out Donna Logan (Jennifer Gareis). That decision and Donna’s return to Forrester Creations will spark drama.

Bold And The Beautiful Spoilers – Pairing Was Of Its Time

Eric and Quinn never felt like a sustainable couple. Sofer’s character lacked the insider’s quality that caused many Forrester family members to turn their noses up at her.

Along with the above, Quinn’s performance as Eric’s wife was spotty. Kissing Ridge Forrester (Thorsten Kaye), in particular, was really bad. That story line caused Eric to kick Ridge out of his life for a short time.

A handful of years later, Quinn took matters to a much lower level. Cheating on Eric with Carter was a violation McCook’s character endorsed, claimed to forgive, and retaliated against, in a matter of months.

Carter became much more than a loyal employee through the years. Eric thought of him as a protege and a family member. That made the connection between Saint-Victor and Sofer’s characters much harder to handle.

The ED diagnosis proved to be an important story line, as McCook’s efforts in it helped to earn the long-time actor’s first Daytime Emmy Award in the Outstanding Leading Actor in a Drama Series category. So, fans should anticipate Quinn being unable to maintain focus on the life she has realized.

Quinn is with the man she wanted. Eric was not hurt by the split and is happy. So, Quinn lambasting Donna is not smart.

Quinn and Carter were together, and all should have been wonderful. But Quinn’s mind reverted to Donna.

It is convenient for Quinn to believe that Donna lured Eric into her honey web at the club. As viewers know, Eric contacted Donna and kept the daytime fires burning with a volume of claimed pickleball games.

Bashing Donna, who had her FC position restored by Eric, will not go over well. McCook’s character will defend his restored love interest, and Carter will not like Quinn stirring the pot at work with a petty personal grievance. But that is Quinn, as Eric knows so well.