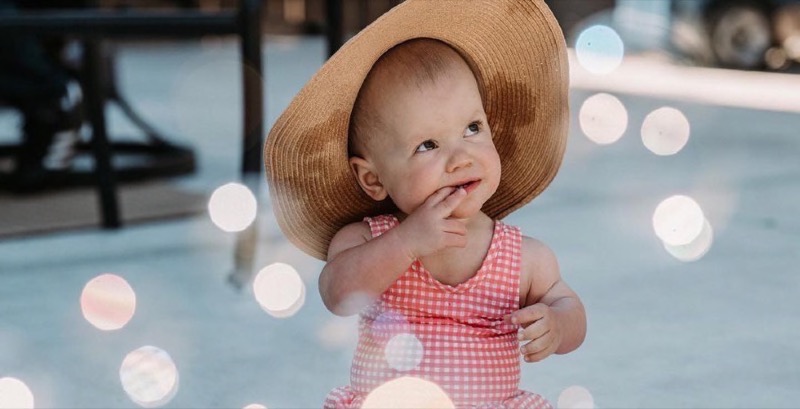 Little People, Big World (LPBW) starlet Lilah Roloff is the only daughter of Zach and Tori and she loves pretty things. Ever since she was tiny, her mom said that she adores anything that looks good. So, she becomes something of a little fashionista as she grows a bit older. On this 4th of July, many TLC fans thought that her little dress was absolutely adorable.

Jackson’s little sister turned two years old late last year. Over the last two years, fans saw that she started off life a little bit slower than her brother. Not because there was anything wrong with her development. In fact, many kids are a bit slower than others. However, most kids catch up to their peers in time. Nowadays, she walks and toddles around with her cute little eyeglasses perched on her nose.

The LPBW starlet seemed very different from her brother Jackson in looks and style. While he loves jeans and t-shirts, she likes pretty dresses. Whilst he is keen on trucks and chickens, trains, and planes, Lilah enjoys snacking and being cute. When Lilah took the win for her gorgeous 4th of July outfit, she appeared in two of Tori’s photos.

LPBW Fans Gush Over Lilah Roloff In Her Special Dress

Lilah Roloff, like her mom and her big brother, wore the colors of the Stars and Stripes. Jackson wore jeans and a tee-shirt that said, “USA.” Meanwhile, Tori wore a red dress, white shoes, and a light blue jacket. Baby brother Josiah didn’t really dress up for the occasion in patriotic colors, but he’s excusable at two months old. But, when fans saw his big sister in her white shoes and dress, they fell in love with it. Around the collar were plenty of little flags. On her head, she wore a pink headband with a little bow on it. Actually, headbands seem to be almost as American as apple pie.

LPBW fans could not get over the super-cute outfit. One of them gushed, “That dress is so amazing.” More comments followed and another TLC fan said, “Omg Lilas outfit. I can not😍.”

LPBW fans who loved the dress that Lilah Roloff wore don’t know where Tori got it. She only said in her caption, “❤️🤍💙
Happy birthday ‘Merica!” ❤️🤍💙.”

A quick search on Amazon and Etsy didn’t turn up that particular one. Do you know where Tori might have found it? Let us know in the comments below.