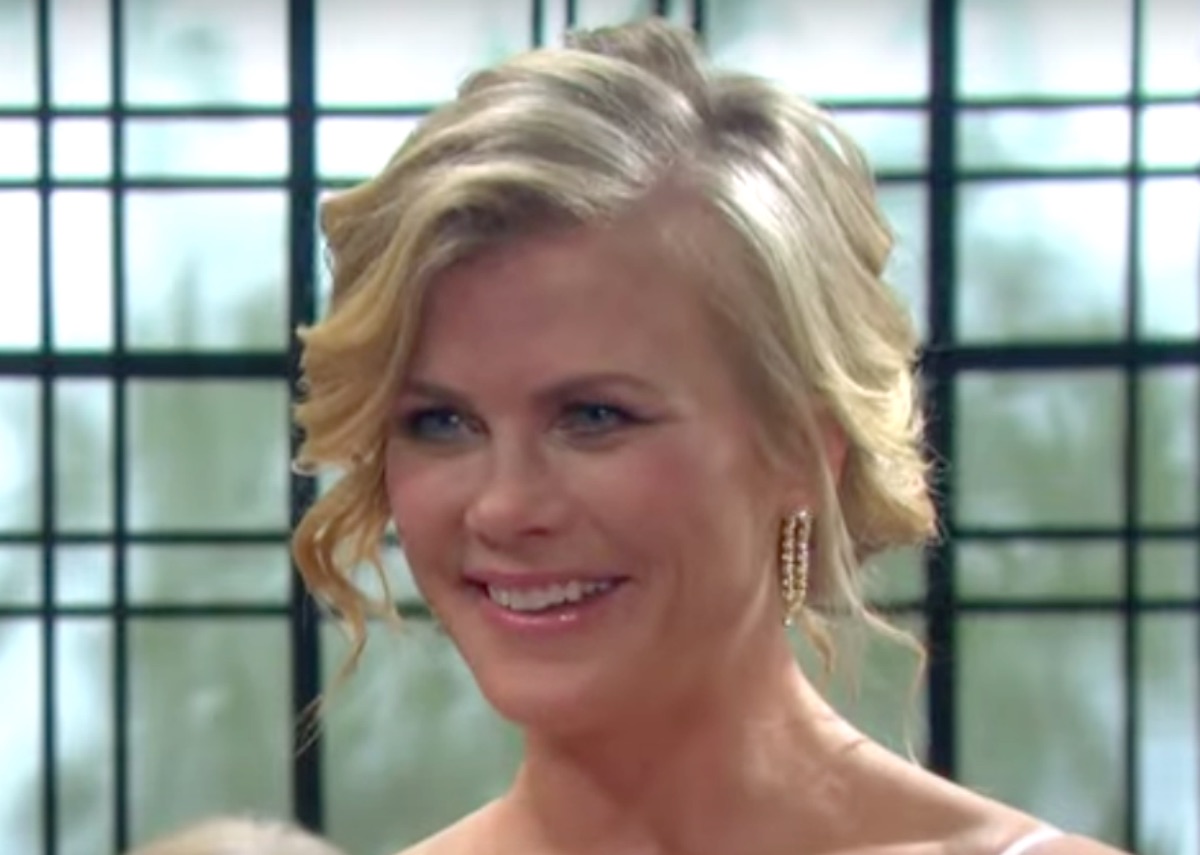 Days of Our Lives spoilers reveal Sami and Lucas taking yet one more trip down the aisle, but it certainly doesn’t end with them becoming man and wife. Of course.

Days of Our Lives Spoilers: The Groom Has A HUGE Secret

Perhaps you shouldn’t try to marry someone when you had them kidnapped and held hostage for months just so you could play hero and come to your one and future bride’s rescue but that’s exactly what Lucas Horton (Bryan R. Dattilo) does this week. He is determined to make Sami Brady (Alison Sweeney) his wife once again, but he is one hot mess who is not going to be able to pull this off.

Lucas has too many secrets on his brain right now as he still tries to figure out what he did the night his niece Abigail DiMera (Marci Miller) died and that’s going to make for one heck of an ill-fated wedding.

Sami Thinks She Has It All

Meanwhile, Sami thinks she finally won. She has cleansed EJ DiMera (Daniel Feuerriegel) from her life and will be with the boy who took her to the big dance in high school and with whom she shares children and grandchildren. Of course, when Roman Brady (Josh Taylor) starts questioning his daughter about whether this is what she really wants, Sami starts to have second thoughts but quickly pushes them from her mind.

“It’s a fair question,” Alison Sweeney said in the July 19, 2022, issue of Soap Opera Digest. “She hasn’t been in Salem for a long time and I think that perspective and distance have helped her feel better about this decision she’s made…But, when Sami’s asked, especially by Roman, she immediately feels inferior and like she’s the problem child.

Still, Sami gets to the church on time to meet her groom, but she still doesn’t seem certain. She also feels comfortable that Kate Roberts (Lauren Koslow) has finally accepted her in her son’s life. “Sami thinks it’s all over and behind her,” Sweeney said. “And especially with Lucas’ beautiful vows. From Sami’s point of view, she feels it’s all going to work out this time.”

Of course, until it doesn’t. This is Sami after all and her life is one big walking disaster. And she’s trying to marry Lucas, who may even be a bigger disaster than Sami. Stay tuned to Days of Our Lives weekdays to see how these stories play out.