Days Of Our Lives (DOOL) Spoilers: Leo Tries To Throw Gwen Under The Bus For Murder 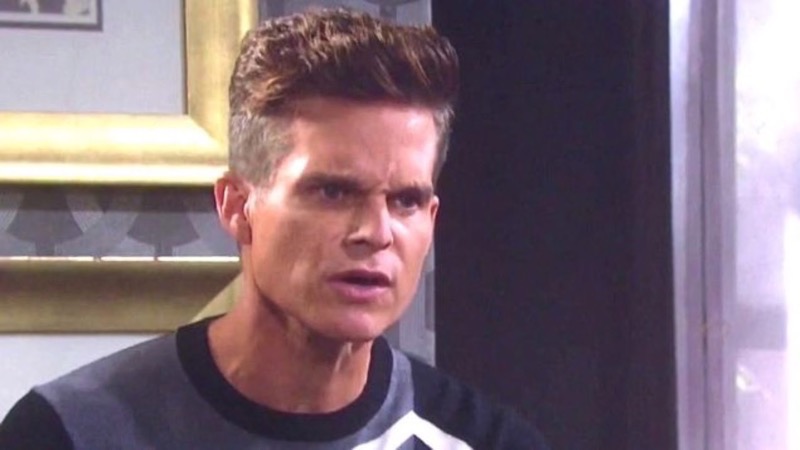 Days Of Our Lives (DOOL) spoilers and updates tease that Leo Stark (Greg Rikaart) will try to throw Gwen Rizchech (Emily O’Brien) under the bus for Abigail DiMera’s (Marci Miller) murder! Leo will be questioned as a person of interest in upcoming DOOL episodes and he’ll squeal about her trying to use him as a hit man!

Clyde Weston (James Read) is arrested as a person of interest in the murder after Leo left him holding the jewelry bag, so to speak. Previous DOOL episodes revealed that Leo had stolen Abigail’s jewelry, apparently after finding her dead although he may have found her. All evidence points to Leo having been possibly the last one to see her alive, short of the actual murderer, although he did have a knife!

Gwen had been angry with Abigail for not delivering the birthday present, a coffee cup she’d made in the prison pottery class for their father Jack Deveraux (Matthew Ashford). Abigail took it and threw it on the floor, smashing it, and Gwen’s rage boiled over and she called Leo and told him to stab Abigail to death in the heart!

Even though it appears that Leo may have stolen the jewelry, it’s possible he got it from someone else-either way, after he heard jewelry was stolen he had to ditch it. Leo had hoped to sell it to finance his trip out of Salem, having hidden it in the DiMera wine cellar and told Thomas DiMera (Cary Christopher) he was the tooth fairy! He came across Clyde, a convenient person to pass the loot to, and Clyde knew it was hot but took it anyway; giving Nancy Miller (Patrika Darbo) a bracelet. This is what leads to Clyde’s arrest when Salem Police Commissioner Rafe Hernandez (Galen Gering) recognizes the bracelet and brings Nancy in for questioning. 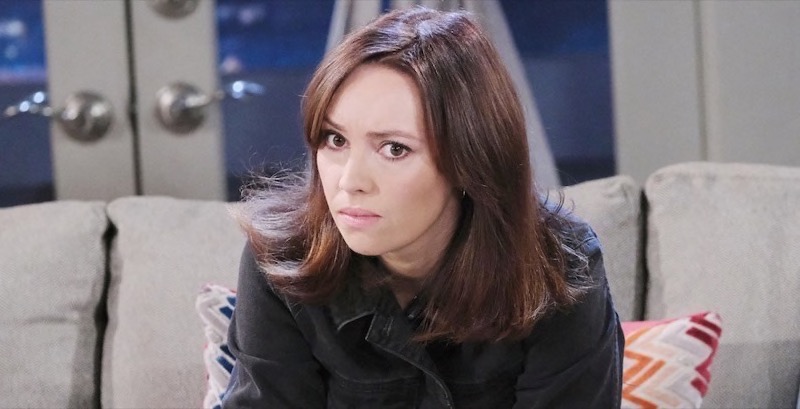 After Nancy and Clyde are cleared, Leo is brought in for questioning after a talk between Nancy and Clyde reveals Clyde got the jewelry from Leo! So far, Thomas has kept the tooth fairy’s secret, but once he sees Leo’s picture on the news he’ll tell his dad, and Chad DIMera (Billy Flynn) will take action! Leo has heard that Chad tried to rush Clyde and strangle him when he was arrested so he takes no chances and becomes more suspicious of Gwen!

Leo and Gwen had already argued after Abigail’s murder when Gwen claimed she didn’t have an opportunity although she had motive and means! Previous DOOL episodes revealed she’d been out of her cell overnight and claimed she’d fallen asleep in the prison library!

Even at the risk of being arrested as an accomplice to Abigail’s murder, Leo spills all the Gwen Rizchech tea! He says he found the jewelry after whoever stole it dropped it and admitted he wanted to sell it but gave it to Clyde instead. He admits Gwen wanted him to kill Abigail by stabbing her in the heart but denies killing her, even though Thomas already identified him as the tooth fairy! In short, Leo’s so scared of going down for Abigail’s murder that he’s throwing everything he can think of against the wall to see if it’ll stick!