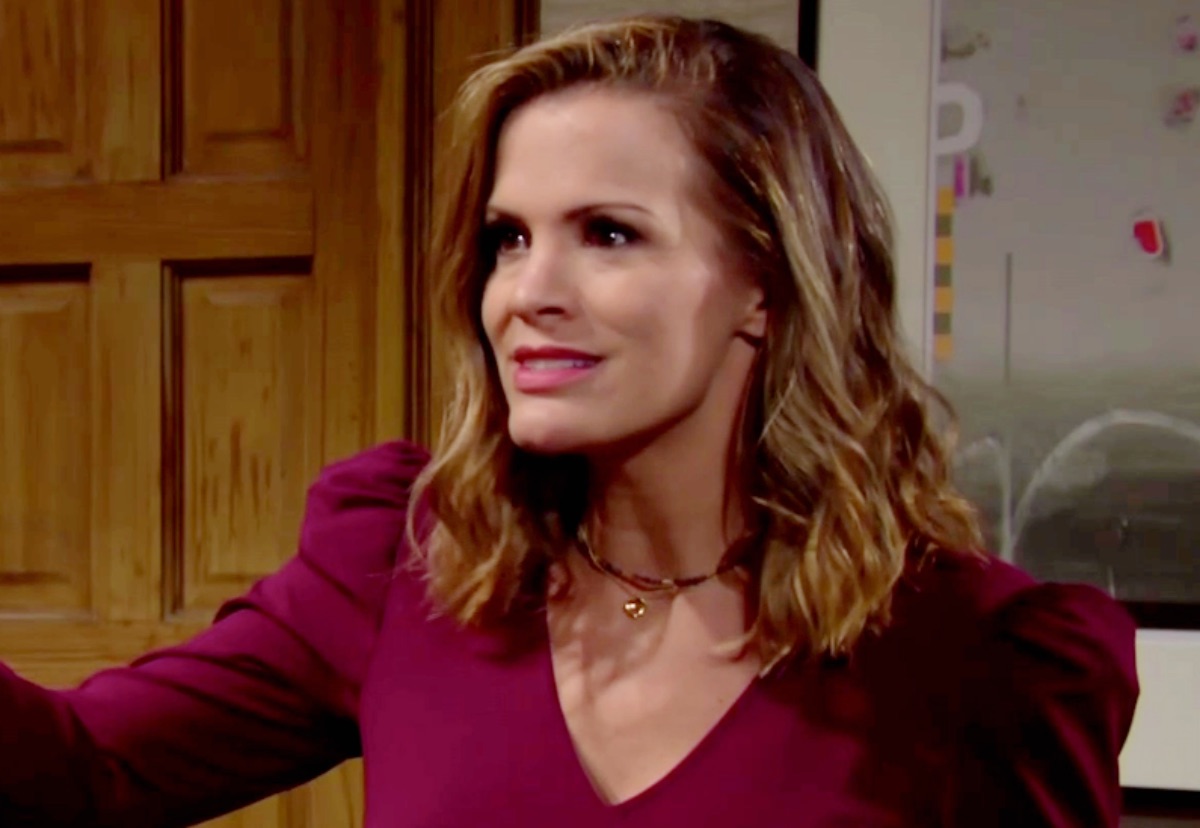 The Young and The Restless spoilers and updates tease that Chelsea Lawson (Melissa Claire Egan) will get a job offer from an unexpected source!

The Young And The Restless Spoilers: Chelsea Lawson Breaks Off Her Partnership

Chelsea and her business partner and best friend Chloe Mitchell (Elizabeth Hendrickson) have come to a parting of the ways, at least business-wise; some are great friends but bad coworkers. Chelsea and Chloe were getting on each other’s nerves, Chelsea in particular having problems, and so they decided to part ways in business to preserve their friendship. Chelsea has been having a lot of problems since the death of her close friend Rey Rosales (Jordi Vilasuso) who had forgiven and accepted her in spite of her faults.

Chelsea’s mental health has truly been at risk, and after her breakup meeting with Chloe, she heads over to talk to their boss, Lauren Fenmore Baldwin (Tracey E. Bregman). Lauren’s expecting some dazzling new designs for the winter collection and instead is informed her top designer is quitting!

Lauren is blindsided to say the least and she’s shocked and upset that Chelsea is quitting with practically nothing done, Chelsea portrayer Melissa Claire Egan notes in Soap Opera Digest. Chelsea does explain to Lauren everything she’s been going through lately and that she feels she’s been on the verge of losing it mentally or she wouldn’t be quitting.  Lauren becomes much more understanding after she hears what Chelsea has been experiencing, and Chelsea gives her a recommendation for her replacement, a designer friend in New York. Lauren appreciates the gesture, knowing Chelsea wants to make sure she leaves the company with her former position in good hands.

The Young And The Restless Spoilers: Chelsea Lawson Also Turns Down An Offer From Marchetti

Chelsea also turns down an offer from Kyle and Summer Newman Abbott (Michael Mealor, Allison Lanier) to work for their new Genoa City office of Marchetti. Chelsea receives many great offers of employment, but she continues to turn them down because she’s teetering on the edge emotionally, and needs to take care of her emotional health. Chelsea still isn’t as stable as she could be, and actually hasn’t been for quite some time; since before her relationship with Adam Newman (Mark Grossman) fell apart.

Chelsea previously didn’t want to admit to herself how broken she really is, and tried to throw herself into her work to fix herself. She soon found out that wasn’t working for her, but only making things worse and that’s when she had to take decisive action before falling off the balance beam of life!

Chelsea then runs into Billy Abbott (Jason Thompson) again, after having told him his podcast, “The Grinning Soul” was too negative and a downer. Billy had asked Chelsea what she thought of his podcast and she was brutally honest- she felt like it could use considerably more humor and fun and less seriousness. She had felt it was like listening to old broadcast announcers’ editorials over and over again, and Billy tells her he took to heart what she said. When Billy hears that Chelsea has left the design business and for the moment is unemployed, he tells her he likes her ideas and invites her to join him! Chelsea is shocked that Billy wants her to be his podcast co-host, but they always have played off each other well; maybe it’s just the fresh start they both need!