The Bold And The Beautiful (B&B) Spoilers: Deacon And Hope Attempt To Change Brooke’s Mind 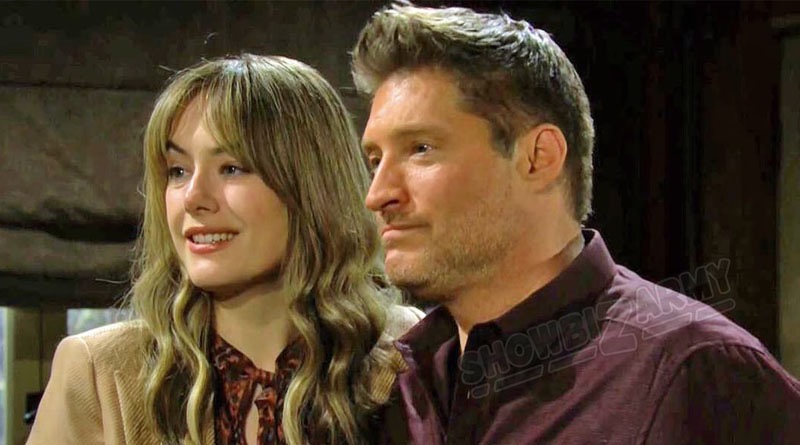 The Bold and The Beautiful (B&B) spoilers and updates tease that Deacon Sharpe (Sean Kanan) and Hope Spencer (Annika Noelle) will attempt to change Brooke Forrester’s (Katherine Kelly Lang) mind. Ridge Forrester (Thorsten Kaye) told her Deacon has to leave town for him to return; they’ll beg her to consider their relationship in an upcoming BOLD episode!

The Bold And The Beautiful Spoilers – It’s Not Fair

Ridge is really being unfair to Hope and Deacon, and when you get right down to it, he’s being unfair to Brooke as well, predicting his return on Deacon’s move! The conditions are, that she tells Hope to tell her father that he must leave town and never return to save her mother’s marriage, cutting her daughter off from father and grandchild! Ridge is basically expecting Brooke to choose between him and her daughter by Hope not being able to have a relationship with him!

What you really have is two control freaks trying to control their lives by controlling others’. The strange thing is, Ridge would never expect Taylor Hayes (Krista Allen) to do something like that!

Even Dollar Bill Spencer (Don Diamont) doesn’t like that idea – when Liam Spencer (Scott Clifton) tells him Hope is crying because of Ridge’s cruel demands and restrictions. He goes to Ridge to intervene and tells him he’ll ruin his relationship with Brooke, after Ridge tells him the subject of Brooke is off limits! Bill can’t help himself – he’s a father who didn’t know his boys until they were grown men!  Bill feels for Deacon but he feels for Ridge too, since he can’t get Katie Logan (Heather Tom) back and never sees their little boy! Expecting Hope to lose her relationship with her father so her mother can get her husband back is just plain not right!

Hope and Deacon completely disregard Ridge’s rules and they confront Brooke together about the situation, pleading with her to consider their relationship and change her mind! All along, Hope had backed up her mother in her wanting to work things out with her husband, but little Beth Spencer (River Davison) loves her grandpa Deacon! Is Brooke really willing to make her granddaughter suffer by giving in to Ridge’s unreasonable demands, acknowledging he’s putting her between a rock and a hard place!

Deacon stays out of it for the most part but now Hope tells her mother she’s going to have to play hardball with Ridge. Deacon wonders if Ridge is making this unreasonable demand betting Brooke will refuse, letting him off the hook for wanting to be with Taylor Hayes (Krista Allen)! 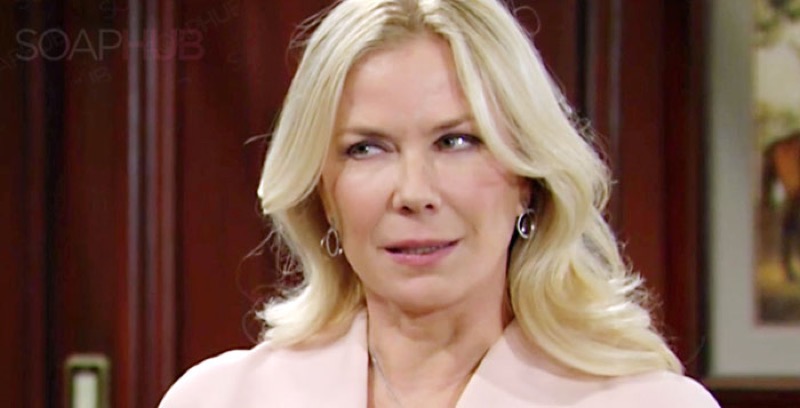 A Tough Spot To Be In

Deacon and Hope acknowledge that it’s a tough spot to be in over what basically amounts to a test of loyalty and obedience! As far as Deacon leaving town, it’s not as easy as all that – somehow Ridge thinks Deacon has some kind of money tree that will finance his move cross country! Brooke actually agrees that Ridge has no right to make those kinds of demands, and agrees to try to get him to compromise. But, they all know that Ridge is a very tough nut to crack when he wants something his way – much like Brooke herself!