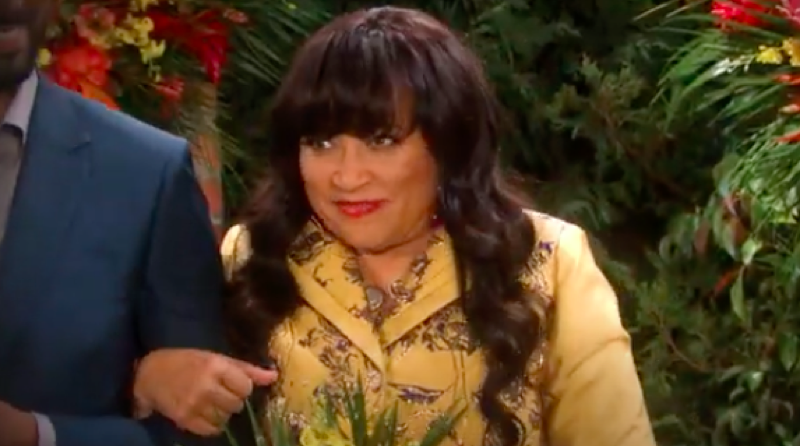 Days of Our Lives (DOOL) comings and going reveal several short comebacks as Abe Carver and Paulina Price finally say ‘I Do.’

Days Of Our Lives Spoilers – A 227 Reunion And More

William Christian also makes another appearance as the ghost of TR Coates, there to haunt Lani and remind her that she is the one who shot him, something that Paulina is taking the fall for at the moment, which is just another secret that can become between her and Abe. While people shouldn’t get married with secrets, Paulina nearly did this before.

This wedding will be in the park while Eric Brady (Greg Vaughan) officiates and the bridge wears a bright yellow outfit instead of all white as she did last fall when she and Abe tried to marry in a church but then MarDevil (Deidre Hall) got in the way.

That was the day that Chanel blurted out that her mother was a big liar and Lani is really Paulina’s daughter and not her sister, Tamara Price’s (Marilyn McCoo). And Abe was not Lani’s father. That was the kicker for Abe. He bonded with this young woman over six years ago and then learned he had been lied to by everyone. Lani was also horrified and neither wanted to forgive Paulina, but they eventually came around. 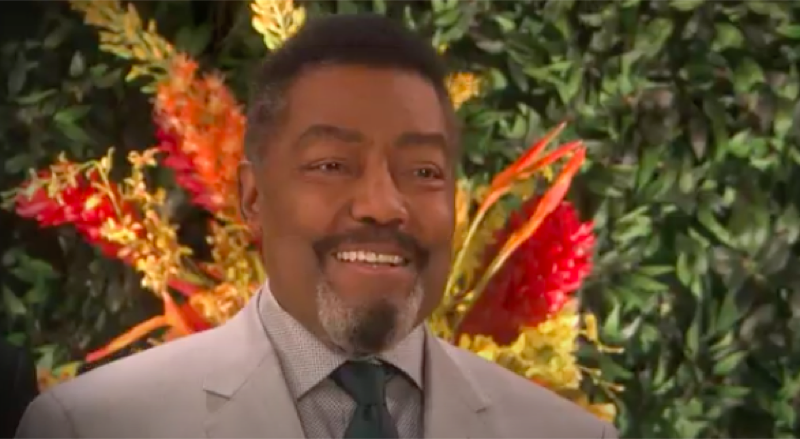 That doesn’t mean things are going to be smooth sailing though cause this marriage will begin on more lies. While Paulina’s motives are completely understandable as she wants to save her daughter from both losing her job and going to prison, lies have a way of ruining things. (Unless you are The Young and the Restless’ Victoria.)

But at least they are happy for now on this celebratory day where Abe’s son returns and everyone is ready for Abe and Paulina to finally be happy — for now. Stay tuned to Days of Our Lives weekdays to see how this story plays out.