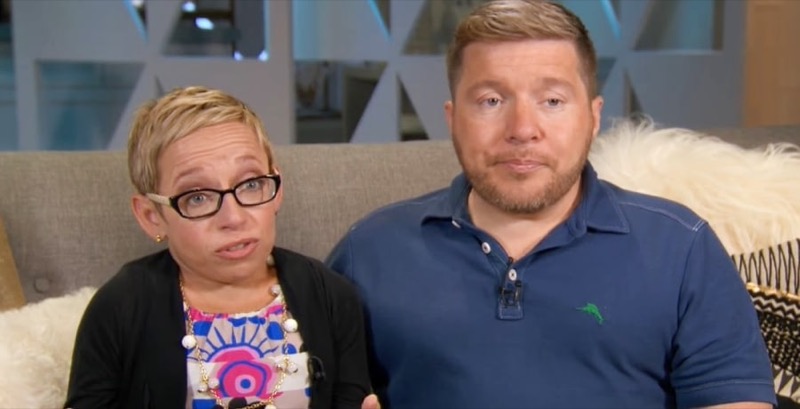 The Little Couple stars, Jen Arnold and Bill Klein got their two dogs, Maggie and Rocky before they adopted Will and Zoey. Actually, some TLC fans wonder if the two pups are still alive. Well, they are, and they remain part of the family that recently relocated to Boston. This week, Jen revealed that Maggie had an accident and quite frankly, it really shocked some fans. So, what happened? Read on to find out.

The Little Couple – Maggie And Rocky Are Famous Pooches

Maggie and Rocky were featured in a few episodes of the TLC show. Additionally, Bill and his brother started a pet supplies shop and grooming parlor that they named after the two dogs. Will adores the dogs, and so does Zoey, but at one stage she was a bit of a traitor to the two puppies. Instead, she doted on her grandma’s new puppy, a Biewer Terrier. At the moment though, she’s there for Maggie, who had an accident. Actually, her mom said that they were on the way for the pup to undergo surgery.

If you don’t know, The Little Couple family relocated to Boston not long ago. Obviously, they took along the two dogs. However, although they like the place, they did return to Florida for a vacation. Now it looks like they are back in Boston and getting some medical attention for Maggie. Actually, it seems the surgery might not all be related to Boston, and Jen referred to St, Petersburg as well.

Taking to her Instagram on May 18, fans were genuinely horrified when Jen told them what happened to their doggie. She shared a photo of Will, Rocky, Maggie, and Zoey in the car. Then in her caption, she said, “Maggie has been through so much over the years- from falling down our elevator shaft to surviving explorations across Gulf Blvd in St. Pete.” Next, she talked about taking Maggie to the medical facility for “dental surgery.” Additionally, she asked her TLC fans for prayers for her pooch.

Plenty of The Little Couple fans asked how on earth Maggie managed to fall down an elevator shaft. Unfortunately, Jen didn’t elaborate. So, that makes the imagination of TLC  fans run wild. Actually, it seemed that a lot of folks were shocked and horrified to hear the news. Meanwhile, it’s not even clear if the accident happened recently.

The Little Couple fans expressed their concern and one of them wrote, “Falling down the elevator shaft?? OMG my dog rolled off the couch (onto carpet) & I freaked out.”

One alarmed fan asked, “How did she fall down the elevator shaft?” Unfortunately, in the old days, fans might have assumed they would find out more in a new season of the show. Unfortunately, it’s not at all clear that there will be another season. The last time fans saw the family on TLC came back in 2019.

For now, all that fans can do is send in their prayers that Maggie recovers from her dental surgery quickly.