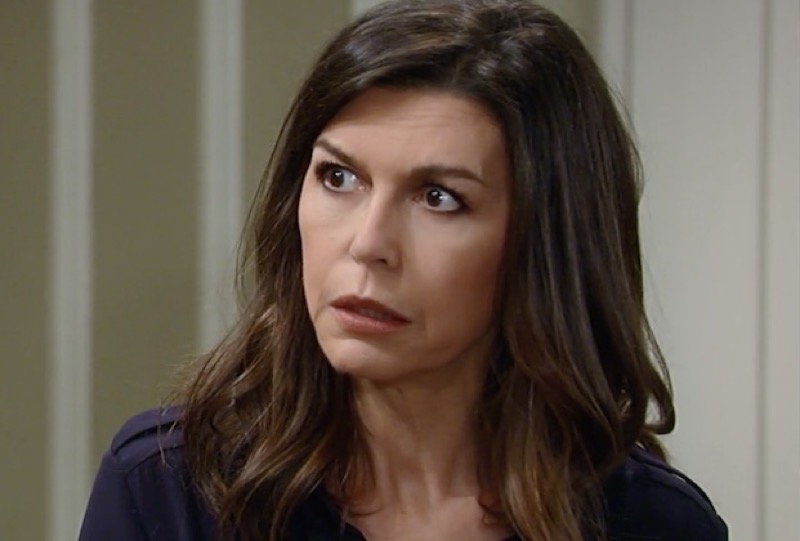 General Hospital (GH) spoilers and updates tease that Anna Devane (Finola Hughes) will have a challenge for Valentin Cassadine (James Patrick Stuart) and sparks will fly in an upcoming GH episode!

A recent episode of GH revealed that Anna didn’t feel something fit as she discussed the arrest of Jennifer Smith (Holly Gagnier) for the murder of Luke Spencer (Anthony Geary). She and Felicia Scorpio (Kristina Wagner) were talking about the case as they caught up over lunch and Valentin happened by and asked if he could join in. Anna said there were missing pieces surrounding the interception of the Ice Princess in the hotel safe in Jennifer’s room, and Felicia mentioned the French Navy captain.

Viewers will recall that said captain, Francois Olivier was really Valentin who narrowly missed being exposed by the two of them. Valentin offered his help in finding the captain who Jennifer claimed put the ice princess in the safe!

Valentin first worried Anna, then irritated her with his lack of contact while on the Ice Princess mission. He used it as his cover for going to retrieve the Ice Princess in French Polynesia recovering from a serious infection from being dumped near trash after being kidnapped. Like his father, Victor Cassadine (Charles Shaughnessy) did by kidnapping him; Valentin had a strange way of showing his love! He was greeted with a less than passionate welcome back by Anna when he finally did get around to seeing her! Now he has to do something to find a fake French Naval captain to throw the suspicion off himself if Anna accepts his help!

Unbeknownst to either Valentin or Felicia, who demanded to know Valentin’s intentions towards Anna that day, Anna’s been suspicious of the identity of the French Naval captain. She thinks that he may have been Valentin himself because that might account for the quick exit from French Polynesia and he fit the description Felicia had. Anna knew that Victor had been after the Ice Princess and that Valentin speaks French, and he was unreachable during that time.

She wonders if Valentin was the French Naval captain and wanted to get the Ice Princess into the right hands and knew the WSB was after Jennifer! What she doesn’t know is why he didn’t just ask to be included in the operation instead of going rogue? 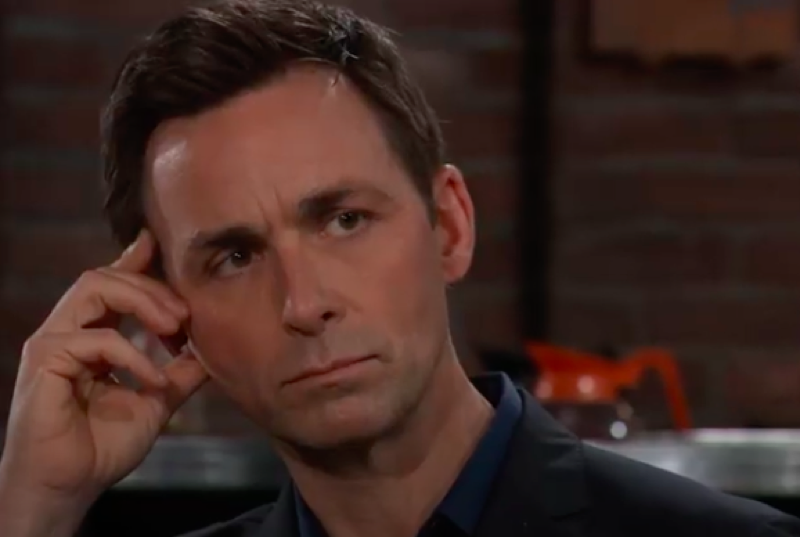 Anna invites Valentin over to her house, and he wants to come clean so he decides to come undercover and explain himself since his rogue mission is over. He shows up at Anna’s door expecting an interrogation because he has a feeling she’s figured him out anyway and is dressed as Captain Olivier!

Anna is shocked, not because he revealed himself as Olivier, but that he is so open about it, and dashing about it at that! In full character he introduces himself, telling Anna he understands she’s been looking for him and has questions, and explains he used his old mercenary contacts to find the diamond. He kept it all secret because his old contacts could bring harm; she forgives him for his secrecy and brings out that bottle of wine, and they make sparks!