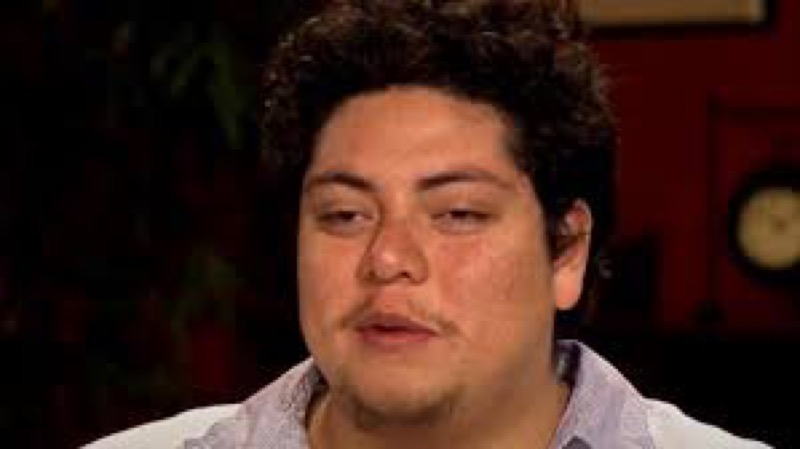 Sister Wives’ updates from just over a year ago revealed that Tony Padron and Mykelti Brown were completely thrilled that they welcomed their baby, Avalon. Immediately, Christine started sharing adorable photos of her new grandchild. While Maddie Brown Bush already had two kids, Evie and Axel, Avalon was the first grandchild in Christine’s direct bloodline. At the time, folks wondered who the baby would look like as she grew up. Well, she’s a cutie patootie toddler now, and some people think she’s the spitting image of her dad.

Tony Padron seems very private and at one stage, he stayed off the show because of his high-profile banking job. Despite him reportedly working from home these days, he still maintains a lot of privacy on his social media. However, Mykelti Brown and his MIL, Christine makes up for it. Mostly, they share photos of little Avalon. In fact, back in April of 2021, fans started commenting on the likeness of the new baby to her dad.

Sister Wives fans heard that Tony Padron was super-excited about becoming a dad. Actually, some fans wondered if that was why he chose to work from home. Whilst it might be a bit disruptive for work, it meant he could experience every moment of his baby growing up. These days, fans see a smiling, cuddly, and bright little girl. Actually, Mykelti shared the moment Avalon took her first steps, and Tony was very involved in that milestone.

TLC fans would not likely describe Tony as a “cutie patootie” these days. After all, he grew up into a big strong man, and he lost any cuteness a long time ago. Of course, that’s not confined to the Reality TV star. Most men change their appearance as they become adults. So, fans can only wonder if he was as cute as his daughter. But there are hints that he was a gorgeous little boy. This Easter, fans discussed the likeness of Avalon to her dad in a  post that Christine shared on Instagram.

Sister Wives star Christine shared the cutest photo on Instagram, fans agreed. In her caption, she said, “I get Oma time today!! So excited!” Well, TLC fans know that these days, Kody’s ex-wife spends a lot of time with Avalon and her mom, Mykelti. Now living in Utah, it means less travel time to enjoy quality time with her grandchild. Many people think that they can see something of Mykelti and Christine in Avalon. However, most of them think that Avalon looks exactly like her dad.

Was Tony A Cutie Patootie?

Sister Wives fans gushed about Avalon, and several of them said that she looks a lot like her dad. One of them wrote, “Awe…she looks so much like her daddy💜.”

More comments of a similar nature arrived. One fan said, “I think she looks just like Tony.” Well, when people started describing Avalon as a “cutie patootie,” the idea that Tony might have been one as well, springs to mind.

Naturally, if he looked anything like his daughter when he was a baby, fans can assume that he too was an adorable, bubbly, and smiley little “cutie patootie” as well. Perhaps one day, Mykelti will share a throwback photo to settle the question.