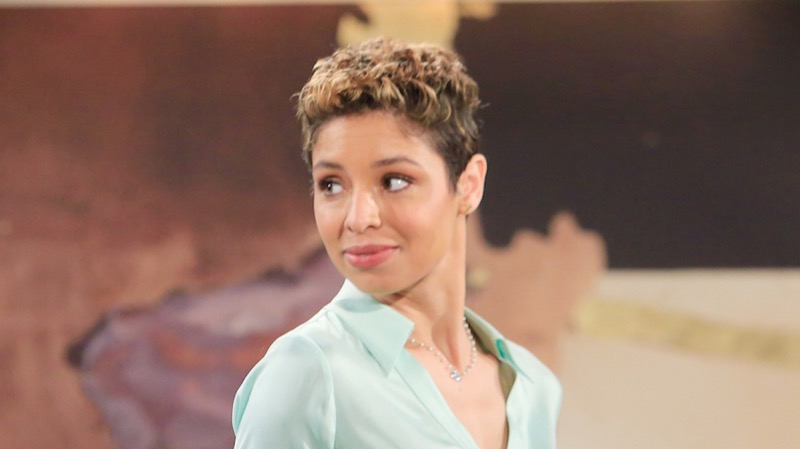 The Young and the Restless (Y&R) spoilers and updates tease Dr. Elena Dawson (Brytini Sarpy) hopes that she will be able to give good advice. Elena is dating Dr. Nate Hastings (Sean Dominic). Nate is struggling to make an important decision about his future. Nate has been thinking about leaving his administrative position at the hospital. Nate feels disconnected from medicine. Nate cannot perform surgery because of an injury he sustained. Nate has gotten an offer from Ashland Locke (Robert Newman) to work at Newman Locke. Nate had wanted Elena to help him to decide if he should go to work at Newman Locke.

The Young And The Restless Spoilers – Dr. Nate Hastings Informs Dr. Elena Dawson About A Terrible Truth About Ashland Locke

Elena was excited that Nate was offered a position at Newman Locke. Nate had become close to Ashland. Ashland had asked Nate to be his best man when he married Victoria Newman Locke (Amelia Heinle) in Tuscany. Elena knew that Nate had been honored to be Ashland’s best man. Nate has been helping Ashland because he had cancer. Nate had hoped that Ashland would be able to make a full recovery. Nate has been given disturbing information about Ashland. Victor Newman (Eric Braeden) has told Nate that he believes that Ashland was pretending to have cancer in order to get Victoria and to have a place in the Newman family and business. Nate confronted Ashland about Victor’s allegations. Ashland assured Nate that Victor had made a mistake. Nate has told Elena that Ashland may have deceived him and everyone else. 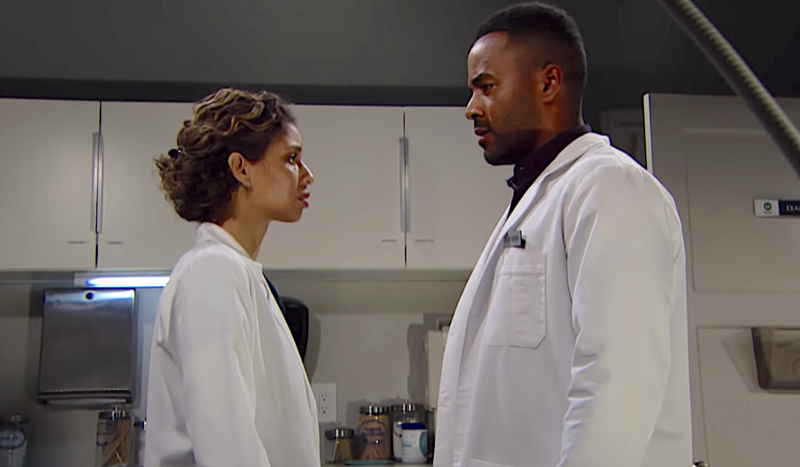 The Young And The Restless Updates – Dr. Elena Dawson Wants The Best For Dr. Nate Hastings

Elena is concerned about Nate. Elena knows that Nate has valued his friendship with Ashland. Elena is not happy that Ashland may have deceived Nate. Nate may learn more about Ashland that he will not like. Nate had decided to go to work with Ashland and Victoria at Newman Locke. Nate is reconsidering his decision. Nate does not know if he can work with Ashland because he is unsure if he can trust him. Elena wants Nate to make the right choice for himself.

The Young and the Restless Elena wants to help Nate decide what direction he will take. Nate wants to believe in Ashland but the evidence against him is getting stronger. Will Nate decide to stand by Ashland or turn away from him? Nate needs to make a decision about his career. Can Elena help Nate to decide if he will keep his administrative position at the hospital or work for Newman Locke? Nate will want to help the Newman family deal with Ashland if he has been deceiving them. Will Nate help the Newman family to expose Ashland? Elena will need to assure Nate that she will help him to do what he believes that he needs to do for himself and the Newman family. Be sure to catch up on everything happening with Y&R right now. Come back here often for The Young and the Restless spoilers, news, and updates.

The Bold And The Beautiful (B&B) Comings And Goings: A Bartender Serves It Up, Hot Mess Mama Returns