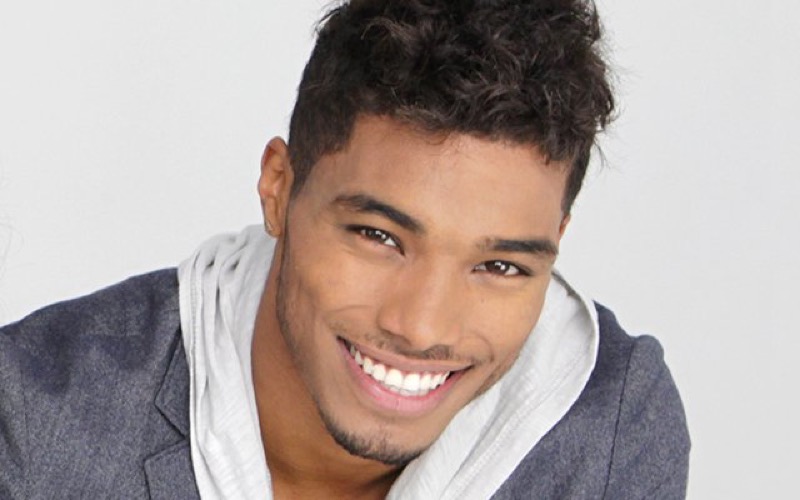 The Bold and the Beautiful (B&B) spoilers and updates tease that Rome Flynn landed a recurring role on Grey’s Anatomy. The former portrayer of Zende Forrester is set to debut on the TV series in the episode airing on March 31.

Flynn will take on the role of Wendell Ndugu, the mischievous younger brother of Winston (Anthony Mill). He works as a sales rep for a medical technology company and he aims to impress his brother with his new job.

Flynn joined the cast of The Bold and the Beautiful in 2015 and won the Daytime Emmy Awards for Younger Actor in a Drama Series category. He left the daytime drama in 2017. After his exit, he kept himself busy with various projects including taking on roles in Dear White People, How To Get Away With Murder, Raising Dion, and more.

During their conversation, Thomas also recapped how Sheila caused Brooke to drink vodka, which led to her relapse. All of these led to her making out and spending the night with Deacon Sharpe (Sean Kanan).

Steffy will be furious at Sheila after knowing the truth about what she’s done to Brooke. However, she’ll be more focused on Sheila’s schemes and manipulation.

Steffy will confide in John “Finn” Finnegan (Tanner Novlan). She’ll let him in on Sheila’s secret, which will make Finn think that Sheila hasn’t changed at all.

As for Brooke, she’ll continue to defend herself from Ridge Forrester (Thorsten Kaye). She’ll have a serious conversation with him at the design office and explain that they shouldn’t let their marriage fall apart like this.

Brooke will argue that someone or something is trying to tear them apart, which is why they should fight for their relationship. Ridge loves Brooke but he can’t deny that Taylor Hayes (Krista Allen0 also holds a special place in his heart.

Will he finally choose Taylor? Or will he give Brooke a second chance? Another important question is if Ridge will find out about Sheila’s schemes and how she lured Brooke to drink.

The Bold and the Beautiful spoilers and updates tease that Don Diamont has some exciting news to share about his son. In an Instagram post, the actor said that Davis Ambuehl is set to play basketball at the University of Mississippi AKA Ole Miss.

The actor, who plays the role of Bill Spencer in the daytime drama, is very proud of his son, who is a college athlete. As he announced his son’s latest accomplishment, Diamont also took the opportunity to thank his son’s coaches and everyone that they met during their visit to Oxford.

The Bold And The Beautiful Updates – A Proud Dad

Diamont lauded his son for his perseverance. He’s the perfect example of a person who can turn problems into opportunities. The actor also noted that Davis has a special bond with his mom.

He shared Davis’ Instagram post, which read, “First and foremost, I would like to thank my mom for always putting me in the best position to be successful. She’s my biggest supporter, my rock, and I wouldn’t be where I am today without her.”

Sheila Carter’s (Kimberlin Brown) secret is slowly getting exposed. Steffy Forrester (Jacqueline MacInnes Wood) was the most recent one who learned about her schemes. Thomas Forrester (Matthew Atkinson) didn’t have any clue that Steffy was eavesdropping on his conversation with Sheila.

Steffy heard everything when Thomas gave a recap of Sheila’s secret during their conversation. She’ll be horrified at what her mother-in-law did to Brooke Forrester (Katherine Kelly Lang), but not entirely shocked since she already knows that Sheila will always be a troublemaker.

Sheila is still a master manipulator and a schemer. Steffy is worried because they allowed Sheila to be part of her son, Hayes Forrester Finnegan’s (Piper Harriot) life.

Now that she knows what Sheila has done, Steffy will do everything to make sure that she stays away from Hayes. She’ll also inform Finn about Sheila’s schemes. He’ll be horrified and disappointed since he thought that his mom had changed. He’ll consider her as a threat and finally back Steffy’s plan to ban Sheila from their family.

How will Sheila react when she finds out that her secret is out? Will she pin all of the blame on Thomas?