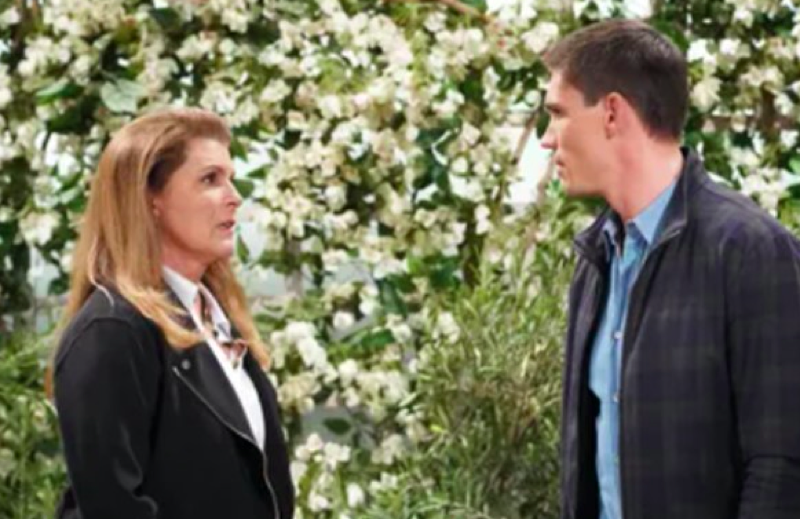 The Bold and the Beautiful (B&B) spoilers and updates tease that John Finn Finnegan (Tanner Novlan) went against his wife’s wishes when going to see his birth mother again. Steffy Forrester Finnegan (Jacqueline MacInnes Wood) allowed Sheila Carter (Kimberlin Brown) to be with her family on Christmas Eve because Taylor Hayes (Krista Allen) thought it was wise.

The Christmas spirit and Taylor’s desire to evaluate Sheila’s intentions created an opportunity. Sheila followed up by visiting Finn on various occasions, with a recent trip to the cliff house being the boldest.

Brown’s character attempted to see him recently, which he did not know. Sheila saw Thomas Forrester (Matthew Atkinson) on that day in what proved to be a crucial meeting.

Sheila was bothered by Thomas sloughing her off. She felt slighted by his tone and responded by saying too much about Brooke Logan Forrester’s (Katherine Kelly Lang) return to drinking.

The Bold And The Beautiful Updates – Stunned By Son’s Offer

Finn’s trip to Sheila’s hotel suite was a pleasant surprise. She had not asked him to stop by.

Novlan’s character said he was thinking about her and wanted to see how she was doing. Sheila was touched by Finn’s sincerity. His use of the word mother allowed her to believe that the poisonous plan she exacted against Brooke bore fruit.

The breakthrough Sheila was impatiently waiting for happened when hearing that her son was interested in learning more about her and would like to remain in touch. 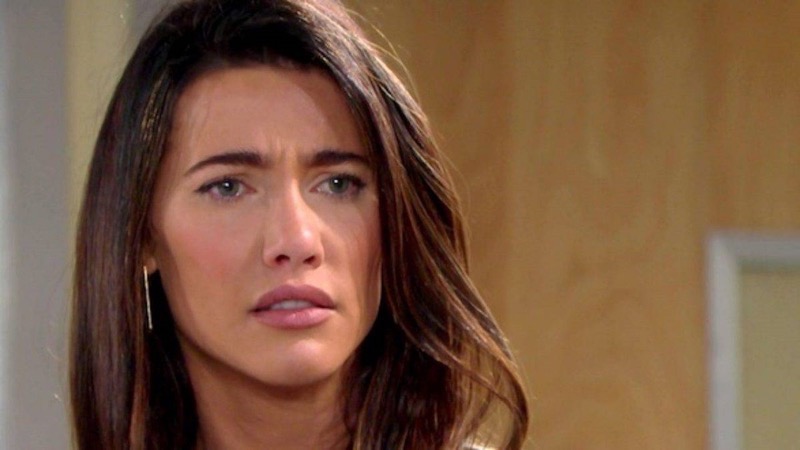 Steffy Forrester Finnegan Is Not Okay With It

Steffy will not like Finn softening his stance on Sheila. Wood’s character may go along with whatever form of measured contact Finn intends but will never trust Sheila.

Who can blame Steffy? She is not biased against Sheila. Steffy’s thoughts represent her instinct that was formed through many terrible family events involving B&B’s arguably greatest villain.

Wood previously stated publicly that she and her husband are expecting their third child this spring, which has already arrived. With the anticipated new arrival approaching off-screen, Steffy could decide that she and her family need time away from Los Angeles, California, with the intent being to get away from Sheila.

Sheila could respond violently to Steffy blocking her from seeing Finn. But maybe Steffy will be on board when learning what Sheila did to Brooke following her initial rejection of Finn’s outreach to his mother?