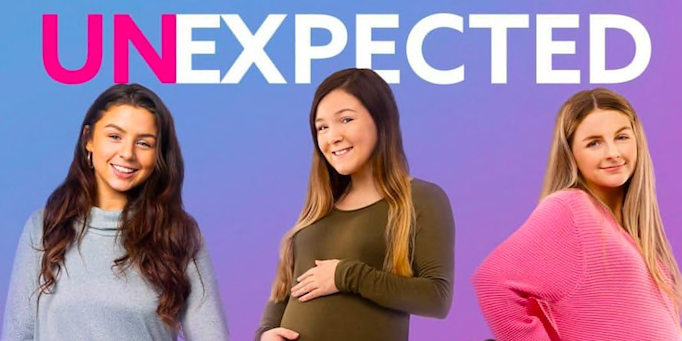 Unexpected returns to TLC with Season 5 on March 6, 2022. The network advised fans that they bring an all-new season, but as usual, returnees come along. The show doesn’t seem to vary the storyline of the couples. Each season, fans see older cast members make the same mistakes they made the first time around. Plus, they see more young people who made some bad decisions, adjust to the complications of being young parents. Well, fans reacted to the reminder of the premiere date and they don’t seem to be jumping for joy.

Some stars move on after a season or two, like Lexus Scheller and Chloe Mendoza. However, TLC often brings back people who fans already saw on the show multiple times. Actually, quite often, they come back with new partners. Other times, they return with their old baby daddies and fans see trainwrecks unfold. Sometimes, fans see the old baby daddy and the new partner clash ala Teen Mom-style.

Unexpected fans seem to grow a little bit bored with the scenarios presented by TLC. While the actual conception might vary, the stories still remain basically the same: Young girls don’t worry about contraception, get pregnant, the boy is shocked and either steps up or doesn’t. MTV and TLC seem to justify the shows by saying it helps prevent teen pregnancy. However, more often these days, fans think they should rather shine the spotlight on kids who stay in school and become successful young adults.

If you hadn’t heard, the new season brings back  Lilly Bennett, Jenna Ronan, and Tyra Boisseau. Well, it also comes along with young couples who clearly didn’t learn much about unwanted pregnancies by watching the show. These include Kylen (17), and  Jason Korpi, (18) who welcomed their son welcomed their son Xavier last year. The other couple fans will meet for the first time is 18 year-old-Emmerson Potter and her baby daddy Mason Ramirez. Their baby boy, Mateo arrived in June last year.

Unexpected brings Tyra’s extended family, so fans will see Tiarra Boisseau and cousin Taylor Willaims. Clearly, making babies very young didn’t make the family hesitate to entertain the same idea if they ever watched Teen Mom. Taking to the comments in the promo by TLC on February 25, fans reacted to the new season.

Fans React To The New Season

Unexpected fans seem unhappy with the idea of yet another season of young moms and dads making bad decisions. Here’s a sample of what some of them said:

Why do we keep encouraging this?

Because shows about young entrepreneurs is out of the question?

This should not be a show.