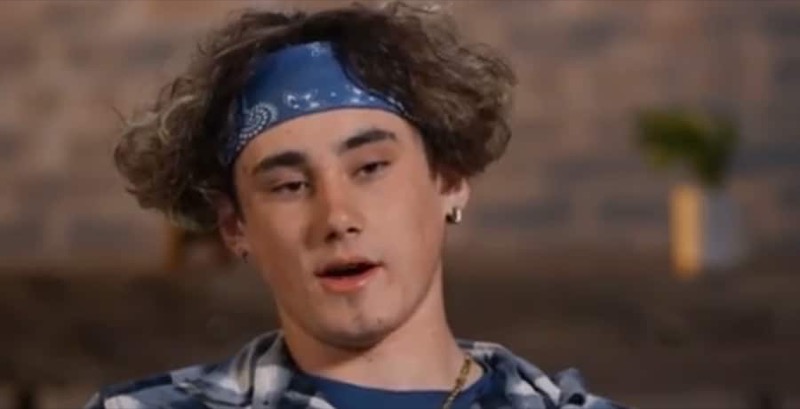 Unexpected fans really don’t like Jason Korpi and they fear that Kylen Smith has tied herself up with an abusive baby daddy. Back in March, fans saw in Season 5, that Jason seems insanely jealous of Kylen getting any attention. Additionally, fans think that he seems immature, abusive, and controlling of his 17-year-old girlfriend. Actually, he seems to love the idea of having a son, rather than a woman to deal with as well. So, fans are sick of him and called him out, telling him to “sit down and shut up.”

You probably can’t forget that Jason became so worked up at the hospital that the cops arrived. So, he ended up being arrested. Actually, he’s not the first star in the TLC show to land up in trouble with the cops. Anthony Vanelli landed up behind bars more than once. Recall, Rilah actually accused him of domestic violence. Later, fans heard that he allegedly faced problems with more violent incidents.

Unexpected fans heard that Kylen and Jason joined the new season. At the time, they didn’t know all that much about his background. All they knew was that the newcomers welcomed a child named Xavier last year and that Jason was aged 18. However as the season progressed, fans heard that Jason was arrested back in July last year. Then, when the news came that he faced an arrest warrant for 11 pending charges, fans urged Kylen to flee with their son and go home to her parents. Now that fans saw him act so immaturely, and make the birth all about himself, they slammed him on Reddit.

Unexpected Fans Roast Jason On Reddit – ‘Shut Up & Sit Down’

On May 10, Redditor u/RileyRhoad posted up on the TLCUnexpected subreddit. They posted up a screen recording of Jason and cited him in the caption, “tHeY mAkE iT aLL aBoUt Kylen aNd DoNt CaRe AbOuT mE. WaH.” He complained because everything “sucks,” including “doctors,” “nurses,”  and the way they treated him. Apparently, he didn’t like the fact that Kylen got all of their attention. So, he moaned that “everything is about Kylen,” Hello??? She was the one having a baby, fans noted.

Unexpected fans quickly took the opportunity to vent about the young TV star. One of them wrote a long post about how they would treat him if they had hooked up with him. And it wasn’t theoretically a nice outcome for Jason. Meanwhile, others said their thing quickly and to the point. In particular, user IWetMyPlants_3 said, “well Jason, I guess when you push a baby out of your vagina, it will be all about you. Until that happens, sit down and shut up.”

Other Fans Roast The TLC star

Unexpected fans turned out in some numbers to roast Jason. One of them said, “All you have to do is just sit here and hold her hand while she delivers the baby, but no, you chose to be a selfish narcissistic little pr–k that wants all the attention on him because mommy and daddy didn’t hug you enough.”

Similarly, this comment arrived, “what a selfish little douche bag who is surrounded by people who enable his atrocious behavior.”

What are your thoughts about the incident? Sound off in the comments below.