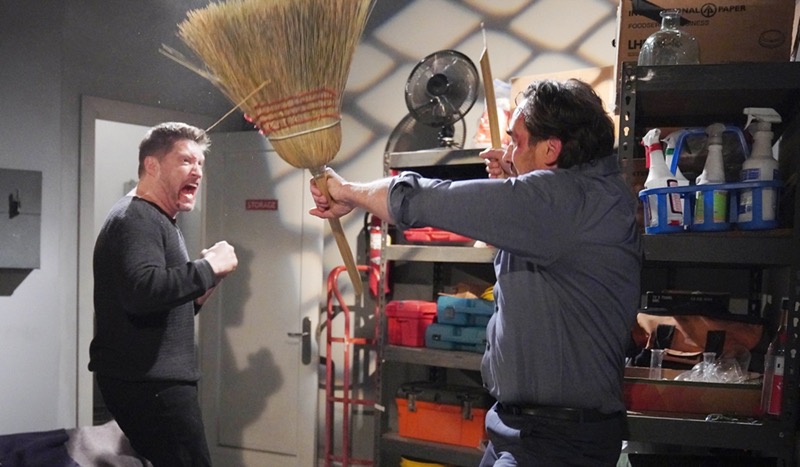 Viewers of The Bold and The Beautiful would agree that Deacon is well within his rights to press charges against Ridge Forrester for assault and battery, even though Deacon didn’t fight back at the time to spare Brooke Forrester (Katherine Kelly Lang). Viewers of The Bold and The Beautiful will recall that Brooke broke up the brawl, which had been started by Ridge – it would be very easy to prove that the attack was unprovoked, Ridge set out to give Deacon a beat down! Ridge may have even had murder on his mind, as he flew in a rage to Deacon’s workplace, hunted him down, and started bashing his head into a wall – the physical evidence is obvious! Ridge is just lucky that Deacon didn’t try to defend himself – he has a third-degree black belt and could have easily taken Ridge out, but Deacon chose not to. Brooke was so upset by Ridge’s bullying behavior she would likely even testify to seeing Ridge attacking Deacon!

Viewers of The Bold and The Beautiful know that Ridge may consider himself immune to prosecution, but in the eyes of the law, he may not be – he cannot claim self-defense or his social status to avoid prosecution! There is also some property damage to account for at Il Giardino, and when he pushed Deacon’s head in the wall forensics will certainly show that damage was caused from exactly that – the broken pieces in the wall will have Deacon’s DNA on them! If Ridge thinks he can buy his way out of charges if Deacon and possibly the restaurant file them, viewers of The Bold and The Beautiful know that he would be sadly mistaken! Viewers will recall the mess that Dollar Bill Spencer (Don Diamont) got himself and Liam Spencer (Scott Clifton) into over Vinny Walker’s (Joe LoCicero) death several months ago, trying to “fix it” – if Thomas Forrester (Matthew Atkinson) hadn’t reset his phone they’d still be in prison! Vinny had sent Thomas a suicide note via video that showed the gruesome details of his death – he’d run out in front of the car. 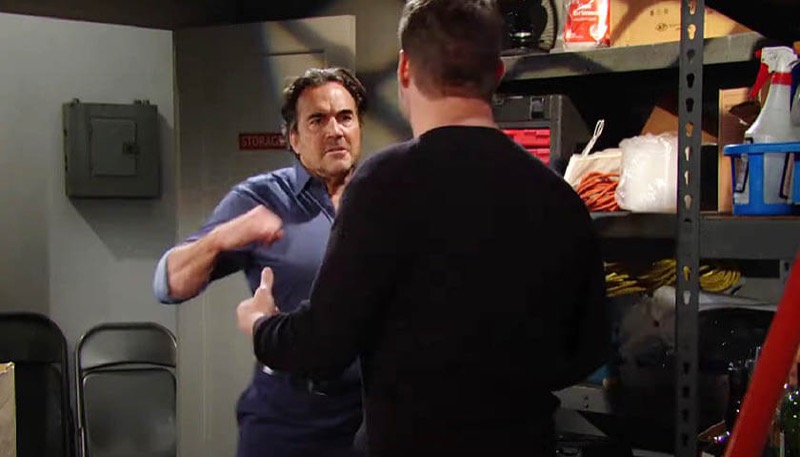 The Self-Righteous Ridge Forrester Needs To Be Taught A Lesson

Many viewers of The Bold and The Beautiful might agree that the self-righteous Ridge Forrester needs to be taught a lesson and taken down a notch because sad is the man who believes his own opinions to be true and forces his will on others! Viewers of The Bold and The Beautiful know that the house that Ridge and Brooke have been sharing is Brooke’s house, not Ridge’s and yet Ridge always says it’s HIS HOUSE – 1950s women cannot own property male much?

Ridge often denies or ignores his own mistakes and errors in judgment, and much like Liam, he jumps to conclusions and acts, and doesn’t think out what his own consequences might be because he doesn’t believe he’s subject to any! Ridge is always right, the opposing person is always wrong, and that’s all he’s interested in, if his own version of the truth is false, then the other person’s a liar! If Ridge were to be charged with provable assault and battery, and property damage to the restaurant and it sticks, that might be enough to humble him!