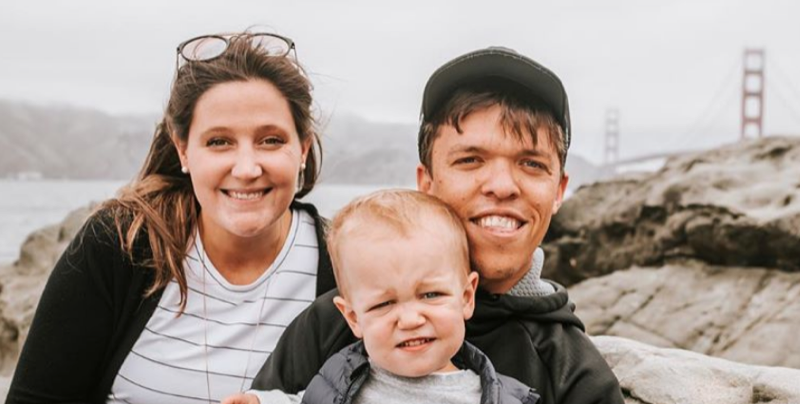 Little People, Big World star Tori Roloff is being very mysterious at the moment. Taking to her Instagram, she teased fans with some photos of Zack and J. Well, friends enjoy engaging with their favorite TLC stars. So, when she asked them a question, plenty of people enjoyed playing a guessing game

Anything that involves Jackson sees TLC fans get very excited. Thousands of people agree that he’s cute as a button. These days, he looks like he’s fully recovered from the leg surgery he had just before Christmas. So, he’s back to smiling and generally looking totally adorable, fans agree. These days, he quite often hangs with his dad as he goes about his business in the new place in Washington. More often, fans see Lilah, (2) with her mom, and Jackson doing things with Zach.

Of course, fans know that before the Little People, Big World stars moved to Washington, Jackson spent a lot of time with his grandpa Matt as he worked around the farm. Matt Roloff is always starting new projects and now it looks as though Zach keeps himself busy as well. And, judging by Tori’s photos this week, he has a little helper. Their new property seems quite large so there is probably room for some play area or for Zach to plan something to bring in some additional income.

On February 3, Tori Roloff to her Instagram and posted up a few photos of Jackson and Zach in the yard. In the first one, Zack stood on top of the ladder as he constructed something out of wood. Little Jackson looked up at his dad as he worked. In her caption, Tori said, “I love this new property of ours and the opportunities it’s given my boys are supposed to build and create.”

The Little People, Big World star then talked about Zach and how he’s able to take projects on just like his dad. Additionally, she likes the way he teaches the kids so many “amazing lessons.” So, she just enjoys watching them as they go about their day together. Finally, she also asked TLC fans if they could guess what the two guys were up to.

Little People Big World fans know that back in Oregon, Jackson enjoyed his own wooden plane, playing on his granddad’s miniature train, and visiting ChaCha, Matt’s girlfriend. She keeps chickens and he adores them So, a lot of fans guessed that Zack was building a chicken house. Of course, many other ideas went in. Some of them thought that perhaps he made a playhouse or a treehouse, or a sandbox with a roof. However, knowing how much Jackson loves chickens, perhaps the chicken house is the closest guess. Hopefully, in days to come, Zack and Tori update their fans on what his project is.

Be sure to catch up on everything happening with the TLC cast of LPBW right now. Come back here often for more Little People, Big World spoilers, news, and updates.