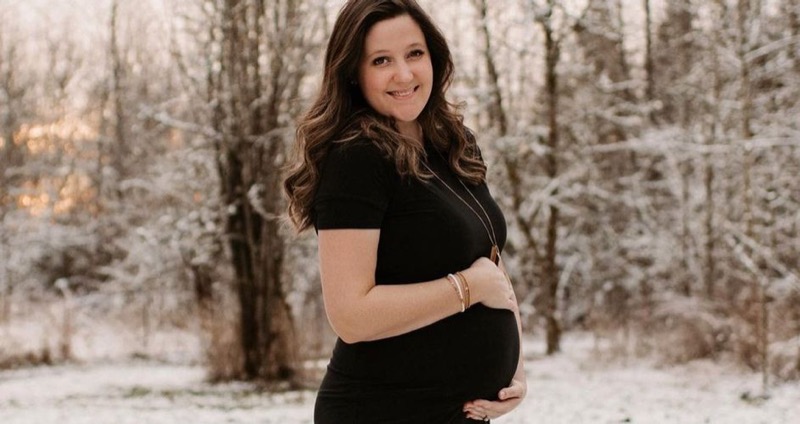 Little People, Big World (LPBW) star Tori Roloff expects her baby in the spring. It’s her third baby and unfortunately, her fourth pregnancy. Recall, she lost a baby last year and she felt totally devasted. Now she feels a bit happier, fans saw her seeking some advice from them about her current pregnancy.

Toward the end of January, Tori posted about her and Zach taking Lilah and Jackson to the beach with their dog. During her time there, she shared some nice photos of the family enjoying their rather chilly outing. Although it was cold, they all enjoyed themselves. Actually, it seemed that it’s what the doctor ordered, as she said that she felt happier than she had in recent months. Of course, TLC fans felt relieved as they genuinely care about her. They felt so bad for her not being able to enjoy her pregnancy until now.

Well, not everything is peaches and cream for her right now. In fact, some trolls said some really cruel things about people making babies that might turn out to be like the  Little People, Big World patriarch, Matt. While many loyal fans rushed to defend her right of choice, those comments might have really hurt her. After all, she clearly raises her kids to live a good life. And, everyone who went through a pregnancy knows that emotions become heightened. At the moment though, Tori struggles with feeling unwell.

On February 1, Tori talk to her Instagram and did a Q&A with fans. There, she asked TLC fans for advice because she doesn’t feel very well, and additionally, it seems that she’s not sleeping that well either. Well, one fan told her the best thing she could do is consult with her doctor. However, other fans gave her different advice. Actually, Tori seems to avoid chatting with a doctor, as she’s not actually desperately sick. Bear in mind, with covid around, it’s probably best to avoid doctors’ rooms.

Little People, Big World fans sent in quite a lot of suggestions. One of them was that she has a snack and makes sure that she’s well hydrated before she goes to sleep. However, on that one, Tori seemed a bit wary as she feels like she was snacking all the time. Then a few people talked about the fact that she might have gestational diabetes. Fortunately, Tori said she never experienced that with her previous children.

The Little People, Big World star seemed to enjoy one suggestion very much. That was the idea of sucking on green apple jelly beans. Then, on the subject of sleeping, she admitted that the only time she ever sleeps on her back is when she’s pregnant. So, perhaps that’s got something to do with her not feeling all that well.

Rounding off her quite interesting Q&A, Tori revealed her son Jackson sleeping on the couch. Clearly, he doesn’t have a problem sleeping no matter which way he faces.