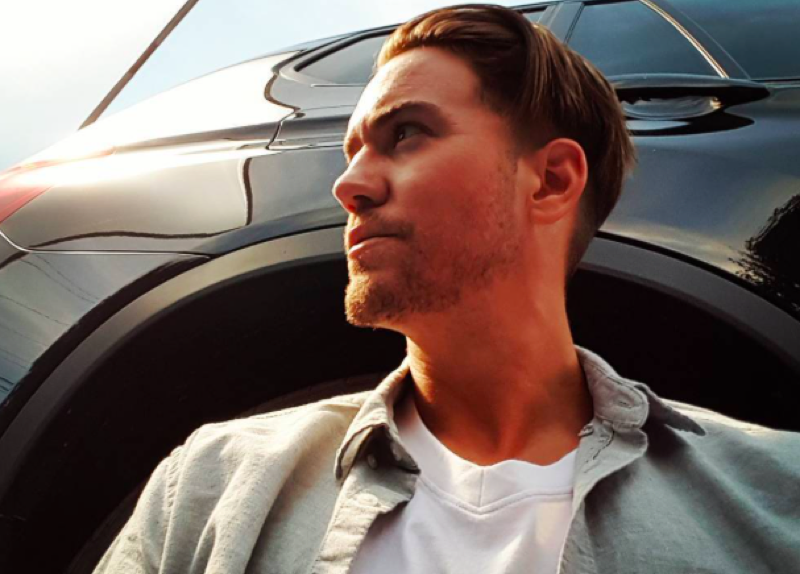 General Hospital (GH) spoilers and updates tease that Wes Ramsey (Peter August) has taken fans on a roller coaster of emotions as an evil villain who has terrorized Port Charles, New York. There is no doubt he plays a mean, mean, mean, man on GH but in real life, he is warm and fuzzy as his latest Insta post proves.

He posted a beautiful message to the love of his life, costar Laura Wright (Carly Corinthos) on Insta: “To My Special Valentine…you don’t just keep the spark alive, you ARE the spark.😊 Here’s to many more lifetimes of laughter & light, side by side. ❤ #valentines #gratefulman #itsuptoUS #truelove #babykimbatoo #puppylove.” Ah!

The fans were delighted with his homage, with one fan posting, “Oh my God that is just so adorable and so sweet all the pictures look so amazing hope the two of you are enjoying a blessed Valentine’s Day together and shout out to your beautiful puppy look so adorable just melts my heart❤️❤️❤️.”

Another fan wrote, “Awww so beautifully said! God bless you both! You both look so happy together💕! It warms my heart💜.”

In the picture Wes posted, he and Laura are side by side and have the biggest grins on their faces as they look into one another’s eyes. They are obviously in love and having the time of their lives! 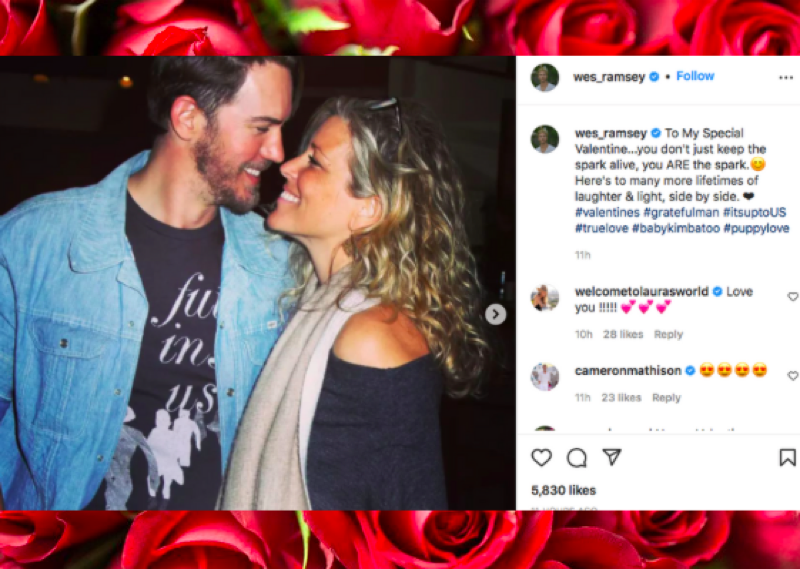 Carly Corinthos Is At A Crossroads

Peter has pulled off some terrible things in Port Charles, but his reign of terror looks to finally be over. After escaping from a prison transfer to Pentonville, he managed to grab his baby and lure his baby mama to the docks. There Maxie Jones (Kirsten Storms) was horrified when Peter gave her a choice to go with them or never see her baby again.

They ended up relinquishing baby Louise at a fire station safe baby drop off after much debate. They are now on the run but Maxie managed to leave a clue behind, she left her earring in Louise’s carrier. Anna Devane (Finola Hughes) and Harrison Chase (Josh Swickard) arrived at the fire station and found the earring—will it lead them to Maxie and Peter?

What do you think GH fans, are you sorry to see Peter leave the canvas? Tell us your favorite Peter August memory!

Days Of Our Lives (DOOL) Spoilers: Chad Pulled Into Outrageous Plot As Will, Sonny, And Leo Return To Salem