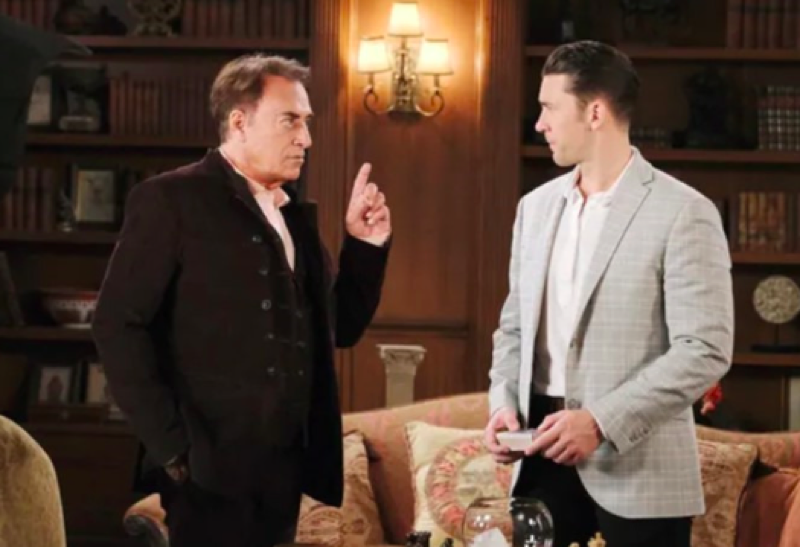 Days of Our Lives (DOOL) spoilers and updates tease that Tony DiMera (Thaao Penghlis) will tell Chad DiMera (Billy Flynn) he thinks he knows where Abigail DiMera (Marci Miller) is in an upcoming episode of Days of Our Lives!

Longtime Days of Our Lives viewers will recall that Tony was on a deserted island, presumed to be dead, for many years while Andre DiMera (Thaao Penghlis) was impersonating him. They know that Kristen DiMera (Stacy Haiduk) impersonated Sarah Horton (Linsey Godfrey) and shipped her somewhere via Ned Grainger (Chris Kalhoon) the DiMera pilot who suddenly quit, Abigail had told Chad about that lead. Days of Our Lives viewers will also recall that Kristen was planning the same “island getaway” for Kate Roberts (Lauren Koslow), who against all odds remembered the mention of an island! Tony puts all this together and comes up with a theory, which he proposes to Chad, that Kristen has Abigail and Sarah imprisoned on the same island that he was! Chad agrees with Tony that his theory makes sense and it’s worth following upon, and they go about plotting a course to follow up on the theory.

Days Of Our Lives Updates – Meanwhile, Back On The Island

As Days of Our Lives’ viewers see Tony and Chad making plans to travel to the island Tony was on to see if it might be the same one Abigail and Sarah are on, Abigail turns the tables on Kristen! Abigail knows she must be very, very sneaky in order to fool Kristen, and perhaps she pretends to be docile and complacent – so very not Abigail and Kristen know it. Perhaps while Kristen is otherwise occupied – maybe as she’s checking on her other prisoners, Sarah, and Steve and Kayla Johnson (Stephen Nichols, Mary Beth Evans) Abigail finds a way outside, or perhaps she escapes the room she’s in and hides in another one. Days of Our Lives viewers will also see Sarah make a decisive action which causes her to contact Steve and Kayla as they try to escape, and Sarah tells them a very strange story! More than likely all four will interact before Tony and Chad arrive to try and find Abigail-but will they, too, become Kristen’s prisoners? 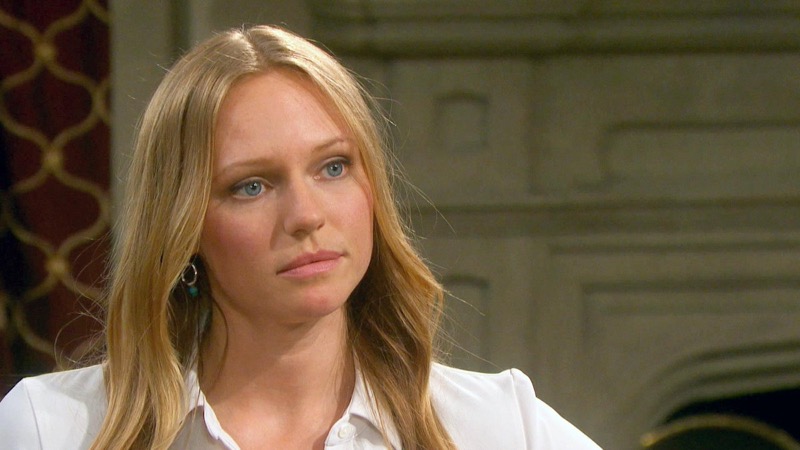 Tony DiMera Was Rescued By John Black And Marlena Evans

Longtime viewers of Days of Our Lives will remember that Tony was rescued off the island by John Black (Drake Hogestyn) and Marlena Evans (Deidre Hall) after being there for twenty whole years! Tony talks to Chad and even though they don’t realize that Patch and Kayla are also missing, no one has heard or seen from them – they were looking for Kristen while Abigail was looking for Sarah!

John hasn’t heard anything from his Black Patch partner, and that is highly unusual- John, Tony, and Chad wonder if it could all be connected; could Kristen have Abigail? Tony also asks if John has records on how to get to the island he was on so many years ago, suspecting they could all be there, and John agrees it could certainly be possible. Topography and maps may have changed over that many years due to global changes, but John thinks they can still find the island easily!